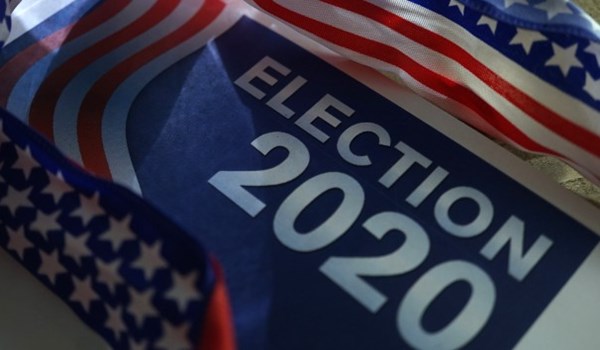 Several Republican constitutional and election lawyers told The Hill that Trump’s remarks calling into question a peaceful transition were reckless and undermine confidence in the democratic system.

But they agreed Americans should not be worried about the president refusing to leave office after an election loss, saying the executive branch would no longer be under his control and that he’d effectively be removed for trespassing if he tried to stick around.

“The Electoral College votes and those are sent to Congress and they declare a winner and then the president becomes president on January 20,” said Mark Braden, an elections lawyer who spent 10 years as chief counsel for the Republican National Committee.

“And guess what? The new president is commander in chief, so everyone in the executive branch works for him. If they have to carry the president out in a chair, they will, because if Congress reviews the electoral votes and decides that Biden wins, then it doesn’t matter what Trump thinks or does. The government will be run by Biden,”  he said.

Trump this week said he’d “see what happens” when asked if he could commit to a peaceful transition of power if he loses the election.

The president made unsubstantiated claims about the Democrats trying to steal the election from him by expanding access to mail ballots during the pandemic. He said there wouldn’t be any need for a transition of power if the election is fair.

Trump later said he’d accept a Supreme Court ruling on the winner of the election if it comes to that. The White House has tried to explain Trump’s remarks away by saying that he’ll accept the results of a “free and fair” election, although there’s no indication the president will view a bad outcome for him as free or fair.

"We want to make sure the election is honest, and I’m not sure that it can be,” Trump said, adding, “I don't know that it can be with this whole situation — unsolicited ballots."

Democrats are furious over what they view as a blatant threat by Trump to overturn the election results by taking power as a strongman.

Republicans are baffled at Trump’s remarks, which come only weeks away from the election and in the midst of a pitched battle to replace the late Justice Ruth Bader Ginsburg on the Supreme Court.

Senate Majority Leader Mitch McConnell (R-Ky.) spoke up to promise an “orderly” transition of power. Other Republicans have avoided directly criticizing the president, while acknowledging that his remarks are not helpful politically.

“He should have corrected it immediately,” Turley said.

But he said that if Trump insisted on sticking around after a loss, the Secret Service would simply remove him from the White House.

“A peaceful transition of government is guaranteed under the Constitution and it doesn’t depend on the acceptance of the president or the need to convince the president of the results,” Turley said, adding, “Once any challenges are resolved in federal court, the election is resolved. If President Trump loses, then on January 20 he becomes an uninvited guest and at that point the Secret Service must remove him.”

Conservative elections attorney James Bopp told The Hill that it would be as simple as getting a judge to issue a “quo warrento” common law action, which effectively determines that a onetime guest has become a trespasser.

“It’s totally absurd to discuss, but you would just get a court order to have him removed,” Bopp said, adding, “It’s that simple. If a person violates the court order, they’re in contempt of court and subject to civil or criminal contempt, so there’s a quick and easy legal remedy in case this preposterous event takes place.”

Most Republican legal scholars interviewed by The Hill said Trump’s remarks are puzzling. But they describe them as mostly bluster or inelegant warnings aimed at drawing attention to election year changes Democratic-run states have made to expand access to mail ballots during the pandemic.

Still, the GOP lawyers said it’s wrong for any president — and particularly one with a fervent base of supporters — to be casting doubt on the outcome.

“The system is not corrupt,” said Braden, adding, “The system works and everyone who participates in it should have a responsibility to say that it works. There are two key things — it’s important that people believe the person with the most votes wins, and it’s just important that supporters of the person who lost believe their candidate actually lost.”

The Biden and Trump campaigns are gearing up to spend millions of dollars on potential court fights.

Legal analysts are bracing for the election to be in doubt for weeks as mail-in ballots are counted. There are fears that a country that is torn apart by political divisions will not be able to withstand a presidential election outcome that is shrouded in controversy.

The GOP lawyers expressed concern over what they view as reckless maneuvers by Biden’s campaign lawyers and some state legislatures that have moved to expand mail ballots or change deadlines, saying their systems are unproven and that it sets a bad precedent to change rules midstream.

They said those moves guarantee expensive and lengthy court battles or protracted vote counts that will harden the partisan divide and cloak the election in suspicion.

But they said there would be no support for Trump within the military, government or his own party if he tried to stay in office after the Electoral College, Congress and the courts deemed him the loser.

“No doubt the Trump base will stick with him, and will forever believe that Pelosi, Schumer, Shifty Schiff and Hunter Biden conspired with China and Russia to flood the American electoral system with phony ballots that swung the election to Biden,” said one Republican elections lawyer who requested anonymity to speak candidly.

“But everyone in official Washington will abandon him. Pence, the entire cabinet, the RNC, every GOP senator, all but maybe a handful of GOP representatives, all of his political appointees. … Most lawyers will refuse to represent him — including government lawyers who will resign before advancing his positions in court. The other two branches of government will put an end to this. … The judicial system in particular will have zero patience for this and its destabilizing effect on public order.  And Trump himself does not want to be frog-marched out of the White House in handcuffs — like a dog — so he'll eventually go, too. With a huge stink, but not an ounce of fight,” the lawyer said.