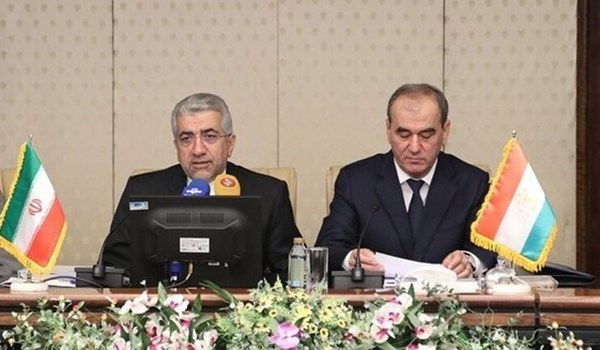 The energy ministers of Iran and Tajikistan stressed the development of economic and energy relations.

Uzmonzoda, for his part, expressed his satisfaction with participation in the 11th meeting of the Governing Council of the Regional Center for Urban Water Management.

In relevant remarks in early March, Iranian and Tajik Presidents in a phone conversation underlined the necessity for continued trade relations between the two countries amid the coronavirus epidemic.

In the phone talk, Iranian President Hassan Rouhani and his Tajik counterpart Emomali Rahmon mutually congratulated each other on the advent of the holy month of Ramadan and discussed the latest situation of bilateral relations in various sectors.

Referring to historic, religious, and cultural commonalities between the two nations and friendly and brotherly relations between the two governments, the two presidents stressed the need for further development of cooperation in line with ensuring both sides' interests.

Both sides also called for restoring trade and economic relations to the previous level while observing health guidelines, saying that the two nations and governments have always been and will stand by each other.

Rouhani hailed Iran's achievements in producing testing kits and other medical equipment need for fighting coronavirus, saying, "We are ready for meeting Tajikistan's needs in the field."

For his part, President Rahmon praised Iran's achievements in the face of coronavirus, saying that further development of relations with Iran is one of the key policies of Tajikistan in foreign relations.

Despite being entangled in the fight against coronavirus, Iran has in recent weeks sent medical equipment to a number of neighboring and friendly states.