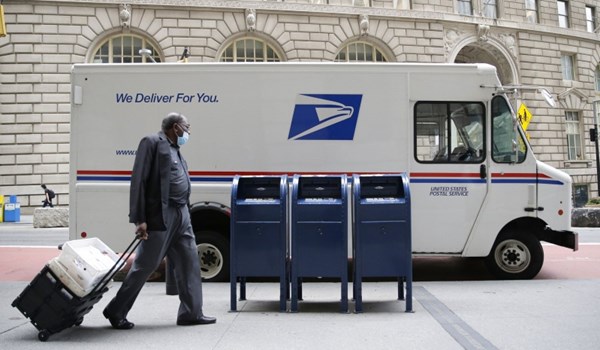 Appearing before the Senate homeland security committee on Thursday, Christopher Wray said the agency had "not seen, historically, any kind of coordinated national voter fraud effort in a major election, whether it's by mail or otherwise", The Independent reported.

“We have seen voter fraud at the local level from time to time,” he said, adding that “to change a federal election outcome by mounting that kind of fraud at scale would be a major challenge for an adversary, but people should make no mistake that we’re vigilant as to the threat and watching it carefully.”

The comments, in response to a question about whether Americans should feel safe voting by mail in the 2020 election, are a clear rebuke to president Trump’s repeated claims that mail-in ballots are vulnerable to fraud.

The president made dozens of false statements regarding the safety of mail-in ballots over the last few months, beginning just as the coronavirus pandemic led to an increase in demand for their use.

"Mail ballots are a very dangerous thing for this country, because they're cheaters," Trump said back in April, adding, "They're fraudulent in many cases."

Just last month he tweeted that the [mail-in ballot] fraud and abuse will be an embarrassment to our Country.

Trump has not provided any evidence to match his assertions.

It might seem counterintuitive for a president to attack a method of voting that is also used by his own supporters, but polls suggest that a far greater number of Democrats plan to vote by mail in November’s presidential election.