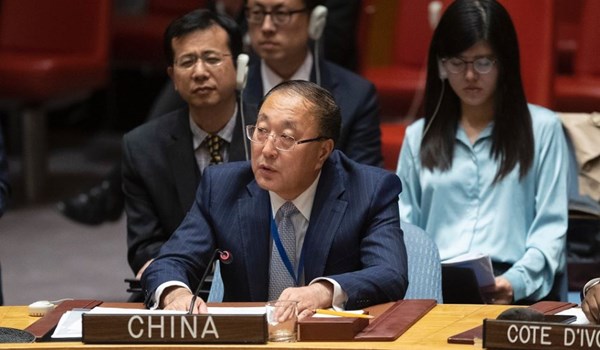 "I must say, enough is enough! You have created enough troubles for the world already,” Ambassador Zhang Jun told a Security Council meeting through video conference on Thursday, presstv reported.

"Regrettably, we have once again heard noises from the US that are so at odds with the atmosphere of the meeting,” he said.

Zhang made the remarks two days after President Donald Trump used much of his pre-recorded video address to the General Assembly to accuse China of withholding information about the coronavirus pandemic.

Trump said on Tuesday that Beijing allowed the coronavirus to "leave China and infect the world”.

US Representative to the UN Kelly Craft also echoed Trump’s allegations, saying that the Chinese government “hide the origins of this virus, minimize its danger, and suppress scientific cooperation".

Zhang, however, said the US had only itself to blame.

"If someone should be held accountable, it should be a few US politicians themselves,” Zhang said.

Since January, the US has reported more than 6 million coronavirus cases in its population, and lost over 200,000 lives to the virus, according to Johns Hopkins University data.

As the country continues to lead the world in both total confirmed cases and fatalities — which are at 6,977,658 and 202,798 respectively — health experts have warned that the US is heading for another wave of infections this fall, especially as flu season emerges.

China, which was the first nation to report the viral disease, has so far reported some 85,322 confirmed cases and 4,634 deaths across the mainland.

Zhang went on to say that Washington needs to understand that “a major power should behave like a major power”.

The United States “is completely isolated”,  he said, adding, “It's time to wake up.”

His Russian counterpart, Ambassador Vassily Nebenzia, also criticized Washington for using the platform of the UN Security Council to make unfounded accusations against one of the members of the Security Council.

Trump, who is under fire for his handling of the health crisis, has repeatedly been trying blame China for the pandemic.

Relations between the two world powers have hit the lowest level in decades under the Trump administration.