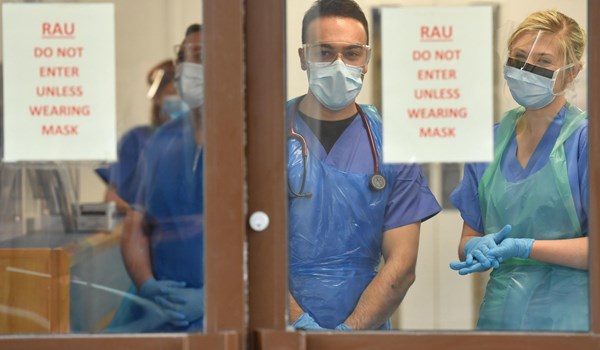 Forty deaths in all settings were also recorded bringing the death toll to 41,902, the Department of Health reported, according to The Mirror.

While 6,634 cases is the highest number recorded by mass testing, experts believe the true number of daily cases was far higher earlier in the pandemic.

Separate figures published by the UK's statistics agencies show there have now been 57,600 deaths registered in the UK where COVID-19 was mentioned on the death certificate.

The number of new coronavirus infections has accelerated rapidly in recent days. Last Thursday there were 3,395 cases and 21 deaths.

On this day last month, there were just 853 cases and 6 deaths.

Following the release of the figures, Yvonne Doyle, Medical Director at Public Health England, said, “This is the highest number recorded and a stark warning for us all. The signals are clear."

"Positivity rates are rising across all age groups and we’re continuing to see spikes in rates of admission to hospital and critical care," Doyle added.

“We must all follow the new measures that have been bought in to help control the virus and download the new NHS COVID-19 App which is the fastest way of knowing when you’re at risk,” she said.

The figures came as the Chancellor outlined plans to keep employees in work if their hours are slashed.

He said the government would provide support for employees by paying up to two thirds of wages for those who have their hours cut.

It will come into effect in November, and will be in place for six months.

From Thursday, pubs will have to shut their doors by 10pm as new restrictions to stop the spread of coronavirus come into force.

Earlier it was announced that 33 people had died in the nation's hospitals - with the youngest victim aged just 18 years old.

Wednesday there was 37 deaths in all setting with the number of new COVID-19 infections reported at 6,178.

Experts have previously warned that describing the daily figure as a record could be "misleading" as it is not clear how many people were actually infected during the height of the first wave due to a lack of community testing at the time.

Two more COVID-19 deaths have been recorded in Scotland and 465 people have tested positive for the virus in the last 24 hours - the second highest daily total since the pandemic began.

Announcing the figures at First Minister's Questions in the Scottish Parliament, Nicola Sturgeon said 25,960 people have now tested positive overall and 2,510 have died after being confirmed to have COVID-19.

The rise in cases follows a record increase of 486 on Wednesday and a tightening of lockdown restrictions across the country.

The R number in Scotland - the average number of other people infected.

There have been 189 new cases of COVID-19 confirmed in Northern Ireland in the last 24-hour reporting period, the Department of Health has said.

There have been a further 348 cases of COVID-19 in Wales, bringing the total number of confirmed cases in the country to 21,896.