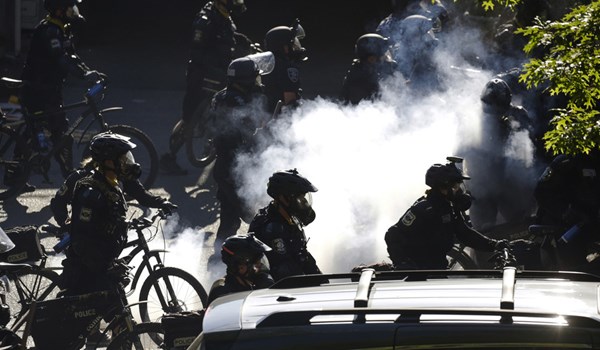 The Office of Police Accountability, a civilian-led watchdog group, opened an investigation into the incident, which was captured on video. The case was referred to the King County Sheriff's Office for a potential criminal investigation, the police department said Thursda, , FOX News reported.

"After further analyzing the video and observing the interviews conducted by FIT (Seattle police Force Investigation Team), OPA requested that a criminal investigation be conducted," a police statement said.

The incident occurred during a protest in response to a grand jury's decision Wednesday not to indict police officers in connection to the March death of Breonna Taylor in Louisville, Ky. The decision prompted nationwide demonstrations.

In Seattle, a demonstration escalated from property damage to assault on officers, authorities said.

In a video, several officers on bicycles can be seen riding on the street with other officers on foot holding batons or sticks while ordering people away from the area. One officer walking a bike encounters someone lying in the street and appears to roll the tires over the person's head. 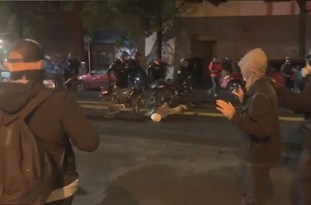 The officer then appears to use the bike to push a pedestrian approaching him, according to the video. The department has not identified the officer.

Messages to the Seattle Police Officers Guild, the city police union, were not returned.

In a separate incident, one officer was struck in the head with a metal baseball bat, cracking his helmet. Authorities are searching for the attacker, police said.

In total, 13 people were arrested Wednesday as some protestors resisted arrest, threw explosives at officers and pelted them with rocks and bottles, officials said.