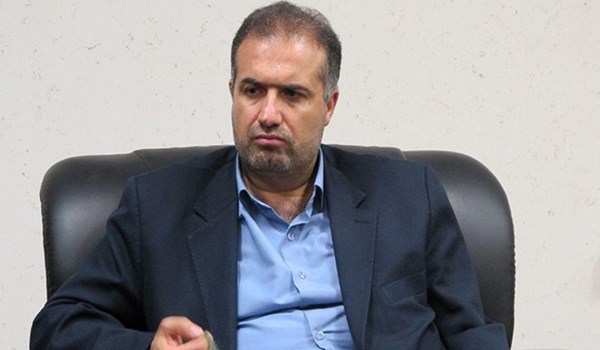 TEHRAN (FNA)- Iranian Ambassador to Moscow Kazzem Jalali said on Wednesday that his country and Russia are opposed and in solidarity against the US unilateral sanctions.

Russia, as a supporter of the JCPOA, has recently opposed a resolution of the International Atomic Energy Agency's Board of Governors; Iran and Russia are in full solidarity against US anti-humanitarian and unilateral sanctions, Jalali said on Wednesday.

He referred to the underway visit by Iranian Foreign Mohammad Javad Zarif to Moscow, and said he and his Russian counterpart Sergei Lavrov will review JCPOA and regional developments.

Jalali noted that the US isolation has no end, and said that at the same time as the regime's bullying failed to restore UN sanctions, and the joint military maneuver "Caucasus 2020" was held by Iran and Russia in the Caspian Sea and Black Sea, Zarif is off to Moscow on his 31st visit to Russia as head of the diplomatic apparatus and his fourth trip over the past six months to Moscow.

Zarif's talks with Russian foreign minister will take place after five years since the JCPOA was clinched between Iran and six world powers, he said.

Jalali further noted that in light of the will of the two countries' leaders and high-ranking officials, bilateral relations are growing to ensure common interests and regional and international security, Jalali said.

Zarif arrived in Moscow late on Wednesday to discuss JCPOA and regional developments with Lavrov and other high-ranking Russian officials.

Upon arrival in Moscow, Zarif said that during his visit to Moscow, he will coordinate the important regional issues with the Russian officials.