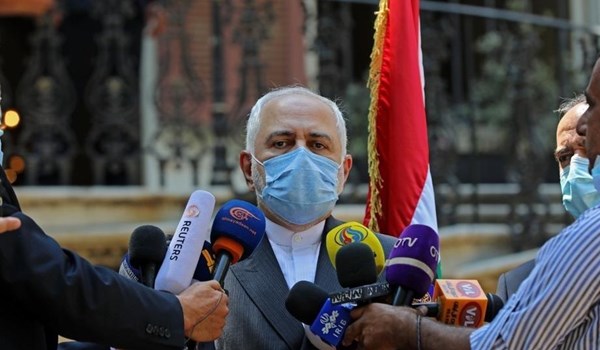 Such coordination prepares the ground for regular contacts between the two sides, Zarif said upon arrival in the Russian capital late on Wednesday.

The nuclear deal from which US withdrew unilaterally in 2018 is among important topics for discussion, he added.

On the Joint Comprehensive Plan of Action (JCPOA), the Russian government along with China has picked the best stance at the UN Security Council over the past several months, Zarif noted.

He added that the region is suffering from serious problems, adding the Syrian issue needs special coordination.

Zarif said that Iran will coordinate with Russia and Turkey on the Syrian peace during the Astana talks.

Troika of Tehran, Moscow and Ankara are three guarantors of peace in Syria.

On the issue of Afghanistan, the foreign minister said that it is one of the subjects on the agenda of discussion in Moscow.

Ways to develop ties between Iran and Russia are also on the agenda of his negotiations with the Russian counterpart, he added.

Zarif arrived in Moscow late on Wednesday to discuss JCPOA and regional developments with his counterpart Sergei Lavrov.

Earlier, Iran's Ambassador to Russia Kazem Jalali said that Zarif and Lavrov will review JCPOA five years after the deal was clinched between Iran and six world powers.

He further noted that Russia, as a supporter of the JCPOA, has recently opposed a resolution of the International Atomic Energy Agency's Board of Governors; Iran and Russia are in full solidarity against US anti-humanitarian and unilateral sanctions.