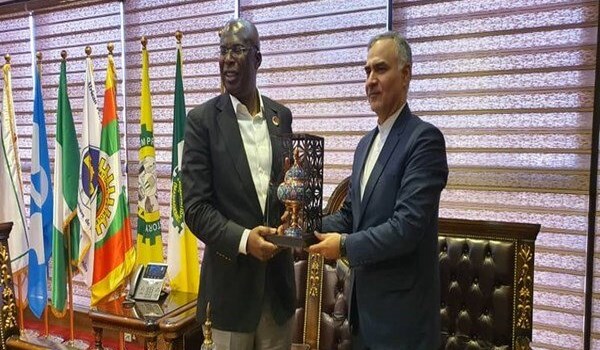 During the meeting in the Nigerian capital on Wednesday, the Iranian ambassador and the Nigerian minister explored avenues for bolstering and reinvigorating bilateral relations, specially in the field of economy and energy.

Referring to the the many commonalities between Iran and Nigeria in the field of energy, including the membership of the two countries in the Organization of Petroleum Exporting Countries (OPEC) and the Assembly of Gas Exporting Countries Forum (GECF), the two sides stressed the need to further expand cooperation between the two countries in the field of energy.

In a relevant development in November 2019, Iranian Vice President for Economic Affairs Mohammad Nahavandian, in a meeting with President Buhari, highlighted that the two sides can increase economic relations in areas of petrochemicals, energy, agriculture and industry, adding that Tehran is willing to help Abuja with investment and technology transfer.

Speaking during the bilateral meeting with Buhari held in Malabo, Equatorial Guinea, on the sidelines of the 5th Summit of Gas Exporting Countries Forum, Nahavandian referred to the vast potentials of expanding ties between the two countries, saying, “A lot can be done. We can do miracles. We have the vision.”