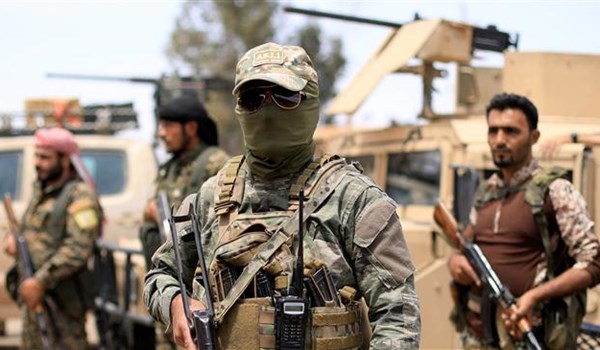 Local sources, speaking on condition of anonymity, told Syria’s official news agency SANA that SDF militants broke into several houses in the town of al-Mansoura and a number of nearby villages on Sunday, and kidnapped dozens of young people.

The sources added that the US-backed militants took away the captives to an unknown location.

Separately, three people were killed in a cave-in at a tunnel belonging to US-backed SDF militants in Syria’s Northeastern province of Hasaka.

Four of them were rescued and are said to be in stable condition.

The sources noted that the SDF militants are exploiting the high unemployment rate in the area to charm locals into working in tunnel excavation with a good pay offer.

Security conditions are reportedly deteriorating in SDF-controlled areas in Hasaka, Deir Ezzur and Raqqah provinces amid ongoing raids and arrests of civilians by the militants.

Local Syrians complain that the SDF’s constant raids and arrest campaigns have generated a state of frustration and instability, severely affecting their businesses and livelihood.

Meanwhile, Turkish military forces and their allied militants have fired volleys of shells at a number of towns and villages in Hasaka province.

Local sources said the projectiles slammed into residential neighborhoods East of Ra’s al-Ayn city on Saturday evening. There were no immediate reports about possible casualties and the extent of damage caused.

The United Nations has urged Turkey to launch an immediate and independent investigation into possible war crimes and other violations of international law committed in the Northern part of Syria, which are under the control of Turkish forces and allied militant groups.

Michelle Bachelet, the UN High Commissioner for Human Rights, said on Friday that the situation in those areas of Syria was grim, with violence and criminality rife.

Bachelet’s UN Human Rights Office (OHCHR) said in a statement it had noted an “alarming pattern in recent months of grave violations”, having documented increased killings, kidnappings, unlawful transfers of people, seizures of land and properties and forcible evictions.

The victims include people perceived to be allied with opposing parties or as being critical of the actions of the Turkish-affiliated armed groups, her office added.

Last year, Turkey seized control of the border town of Ras al-Ain after it launched a cross-border invasion of Northeastern Syria with the help of its allied armed groups to push Kurdish militants affiliated with the so-called People’s Protection Units (YPG) away from border areas.