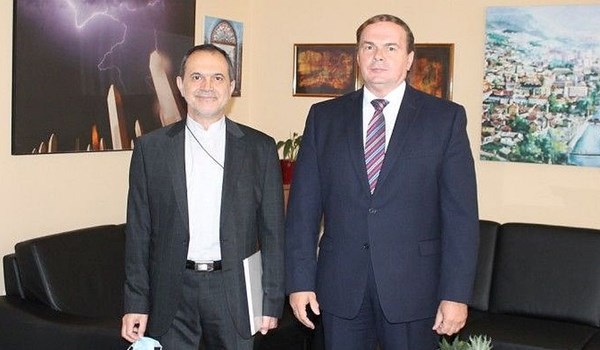 Qelichkhan and Bešić discussed different avenues of cooperation between Iran and Bosnia Herzegovina, the effects of the coronavirus outbreak on the lives of people, as well as the negative effects of the disease on bilateral relations.

Iranian ambassador, while submitting his credentials to the Bosnian official, underscored his country’s support for the unity of Bosnia and Herzegovina.

Appreciating Iran's support for the unity of people of Bosnia and Herzegovina, Bešić, for his part, said that Bosnians will overcome difficulties.

In a meeting with Podzic, Heidari voiced his country's readiness for strengthening relations with Bosnia-Herzegovina and congratulated him on his appointment for the position and wished him success in the new post.

Podzic, for his part, appreciated Iran for supports for his country and hailed Iranian Embassy's approach to forge friendly relations with all Bosnian groups.