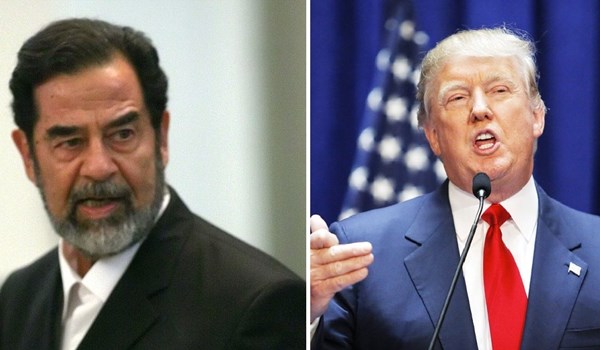 TEHRAN (FNA)- Secretary of Iran’s Supreme National Security Council (SNSC) Ali Shamkhani warned US President Donald Trump that he might find himself with the fate of former Iraqi dictator Saddam Hussein after the White House Leader threatened Tehran with war on Tuesday.

Shamkhani made the remarks on Wednesday in reaction to the recent remarks by US President Donald Trump on his twitter page that has threatened to strike Iran “1000 times greater in magnitude” following a false report of the American media on alleged Iran plan to assassinate a US diplomat in retaliation for the US assassination of former Islamic Revolution Guards Corps (IRGC) Quds Force Commander Lieutenant General Qassem Soleimani.

The Iranian official referred to the 8-year Iraqi-imposed war against Iran (1980-1988), and said, “The Holy Defense Week (to commemorate the martyrs of the 8-year war) is a documented history of the determination of the generation of martyr Qassem Soleimeni to punish the paranoid dictators who imagine that they are 1,000 times more powerful than Iran.” 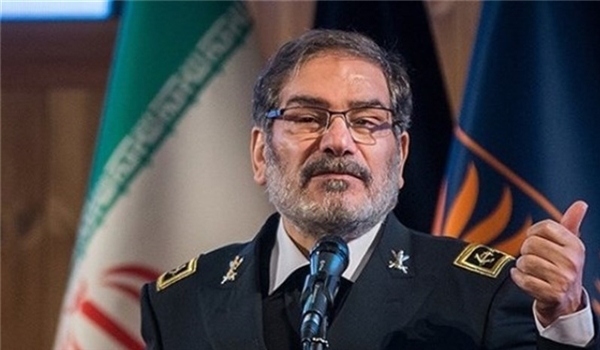 “Certainly those who have ordered and the culprits whose hands are stained with the blood of Iran’s sons will be sent to the graveyard like Saddam,” Shamkhani wrote on his twitter page on Wednesday.

He also used the #Harsh_Revenge which had turned into a hot trend on twitter after the US assassination of General Soleimani and the Iranian officials’ threats to take a harsh revenge.

In relevant remakrs on Tuesday, Iranian Government Spokesman Ali Rabiyee said the US has made the biggest strategic mistake by assassinating General Soleimani, and underlined once again that Tehran will give a strong response to the terror attack.

“The assassination of our martyred General who was the General of peace in the region and symbol of fight against terrorism is a stain (on the face of the US) that cannot be cleaned,” Rabiyee told reporters in a press conference in Tehran.

He referred to the recent remarks by US President Donald Trump on his twitter page that has threatened to strike Iran “1000 times greater in magnitude”, and said, “I regret that the president of a country which claims to be able to manage the world and establish global order makes rapid, ordered and distorted opinion based on such a weak basis.”

Iran on Monday strongly rejected a report released by the US media claiming that the country was weighing plans to kill the American ambassador to South Africa to take revenge for Washington’s assassination of General Soleimeni.

“Such baseless remarks are part of the Trump administration’s counter-intelligence campaign against Iran. The US regime’s resort to allegations and lies against Iran on the threshold of the US presidential election and concurrent with its pressures to use the UN Security Council mechanisms with the aim of increasing pressure on the Iranian nation was predictable,” Foreign Ministry Spokesman Saeed Khatibzadeh said.