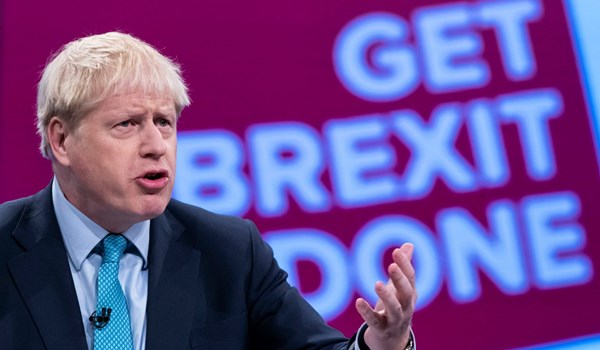 In her annual "state of the union" address to the European Parliament, Ursula von der Leyen warned that the EU would "never backtrack" on the treaty, which ensures no hard border between Ireland and Northern Ireland, The Independent reported.

And she quoted former Conservative UK Prime Minister Margaret Thatcher saying Britain should never break its word to other countries.

"The EU and the UK jointly agreed it was the best and only way for ensuring peace on the island of Ireland," she told the European Parliament in Strasbourg.

"And we will never backtrack on that. This agreement has been ratified by this House and the House of Commons," she continued, adding, "It cannot be unilaterally changed, disregarded or dis-applied. This a matter of law, trust and good faith."

The government's Internal Market Bill has prompted criticism both inside and outside the UK, following an admission by ministers that it would break international law.

Johnson signed up to implement the EU's customs code under the agreement, which the 2019 Conservative manifesto hailed as a "great new deal".

But the customs code requires new controls between Northern Ireland and Great Britain, which the prime minister first denied existed and now says he doesn't to want to implement.

"That is not just me saying it; I remind you of the words of Margaret Thatcher: 'Britain does not break Treaties. It would be bad for Britain, bad for relations with the rest of the world, and bad for any future Treaty on trade'," she said.

"This was true then, and it is true today. Trust is the foundation of any strong partnership," she added.

The UK and EU are currently discussing the implementation of the agreement at a so-called "joint committee" where the details of implementation are worked out.

In her wide-ranging speech to MEPs on Monday, von der Leyen also proposed to bring forward the EU's 2030 climate target, and warned against "vaccine nationalism" in the fight against COVID-19, urging countries to cooperate and pool their resources.