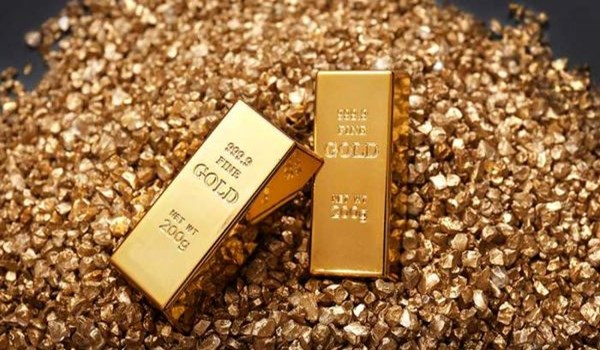 TEHRAN (FNA)- An official with Iranian ministry of industry, mine and trade said the country has discovered 1,000 promising gold prospects, adding that the new discovered mines will probably compete with steel in the country’s mining sector.

“Iran now has 1,000 promising prospects in the gold sector, and soon gold will play a role similar to steel,” Dariush Esmayeeli said on Wednesday.

He said the country will soon bring online a new phase of gold production including all stages from extraction to processing, production of ingots and sale to the Central Bank.

The Zarshuran gold complex in Takab is one of the most important mineral prospects, estimated to hold 110 tons of reserves. Aq Darreh, also in Takab, operates with 2.2 tons of gold a year.

Iran is a leading producer of steel in the world, and officials say that exports continue despite the US sanctions. It plans to raise steel output to 55 million tons a year by 2025, 20 to 25 million tons of which would be earmarked for export.

The sector holds a key advantage over the oil industry: it is much harder to sanction the mining industry because of its immense diversity. From extremely sensitive radioactive materials to such ordinary substances as lime, the sector includes as many as 120 elements.

According to officials, possible gold bearing zones have been identified in 21 provinces across Iran. The country’s proven gold reserves are currently estimated at 340 metric tons lying in 24 mines.

The Trump administration has broadened its sanctions to include steel, aluminum, copper and iron trade, “but exports still continue because the consumer needs them,” Deputy Minister of Industry, Mine and Trade Mehdi Karbasian said last month.

According to Karbasian, there is a great variety of materials in mining sector and the variety of consumers and producers of the materials is much greater than that of petroleum products.

“Assuming that the value of Iran's mineral reserves is at least $700 billion, their added value would be $4 trillion,” he said.

The performance of large steel mills companies reveals that Iran exported 507,302 tons in August and Iran's steel production is expected to reach nearly 30 million tons, more than one million tons of which will be exported.

Iran aims to become the world’s sixth largest steel producer as per the 20-Year Vision Plan, which targets to expand annual production capacity to 55 million tons and 20-25 million tons of exports per year by 2025.