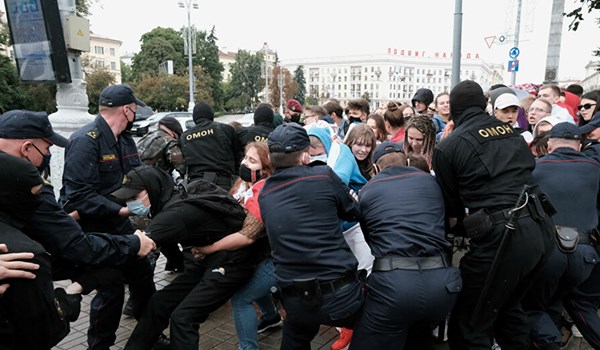 TEHRAN (FNA)- The Russian Foreign Intelligence Service (SVR) announced in a statement that the US played a key role in events in Belarus.

"The events in Belarus clearly show a Western trail. Protest actions from the very beginning are well-organised and coordinated from abroad ... According to the information available to the SVR, the US is playing a key role in the current events in Belarus," the official report of the SVR quoted Russian Foreign Intelligence Service Director Sergei Naryshkin as saying.

The US poured around $20mln into Belarusian protests in 2019-2020 through NGOs and has increased its sponsoring of Belarusian anti-governmental forces since the start of rallies, the SVR added.

Mass anti-government rallies have been ongoing in Minsk and other cities across Belarus for over a month, as the opposition and its supporters do not agree with the official results of the August election, which saw President Alexander Lukashenko reelected for a sixth term.