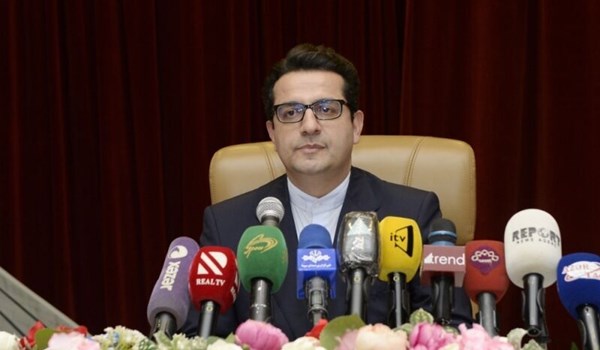 TEHRAN (FNA)- Iranian new Ambassador to Azerbaijan Republic Seyed Abbas Mousavi said that the relations of the two neighboring countries are growing in all spheres.

“There are friendly and cordial relations among the officials of the two countries,” Mousavi said in his first press conference as Iran’s new envoy to Baku.

“The relations with Azerbaijan Republic are exemplary among Iran's 15 neighbors,” he noted.

The diplomat further said that there are nearly 30 joint economic projects between the two countries,14 of which are in the fields of agriculture, energy, transportation, power plants and health.

In relevant remarks in this week, Iranian Minister of Road and Urban Development Mohammad Eslami and Azeri Minister of Transport, Communications and High Technologies Ramin Guluzade described the future of bilateral relations as promising and growing.

Eslami and Guluzade expressed hope that with the eradication of the coronavirus in near future, Iran and Azerbaijan will resume normal relations.

"We must work together to improve relations," Eslami said.

"Given the numerous fields of cooperation in roads, transportation and other relevant areas, we can help strengthen cooperation between the two countries," he added.

Guluzade, for his part, expressed pleasure that the new technologies have come to the aid of humanity in tough conditions of coronavirus and have prevented the cessation of cooperation between countries, saying, "We should try to reinforce good, brotherly and friendly relations."