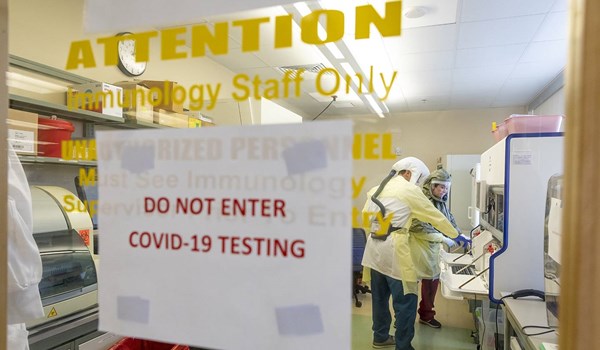 TEHRAN (FNA)- The first death involving coronavirus in England and Wales occurred months earlier than previously thought after a coroner said a patient died with COVID-19 in January.

A man aged in his early 80s, from Medway in Kent, died in hospital in the week ending January 31, according to the Office of National Statistics, The Independent reported.

His death suggests the virus was circulating much earlier than the date of the first confirmed UK case of coronavirus, on 31 January.

It was not registered by the coroner until the first week of September. Until then, the earliest known death involving COVID-19 was thought to be on March 2.

The ONS said it was carrying out a review of the details registered by the coroner.

A spokeswoman said, “This death was registered by a coroner which is why it took so long to be registered."

“We do not know if more deaths involving COVID-19 will be registered in future weeks that occurred prior to our previous first recorded death of March 2 but as it stands this is the only COVID-19 case in the UK before March, however this might shift if deaths going through the coroner system come to light," she added.

“The only information we are able to provide is what is currently published: A death of a man aged 80-84 was registered in week ending September 4 2020, which occurred in week ending January 31 2020. We are reviewing the details of this registration,” she said.

In its latest weekly statistics, the ONS said deaths involving COVID-19 continued to fall with just 83 COVID-19 deaths registered across the UK in the week to September 4. In England there were 78 deaths, the lowest number of deaths involving the virus in the last 25 weeks.

While the August bank holiday may have affected the reporting of deaths, the statistics body said the number of COVID-19 deaths continued to decrease across the majority of English regions.

Since the start of the year, a total of 33,214 deaths involving COVID-19 in England and Wales occurred in hospitals. A total of 15,501 deaths were recorded in care homes while 2,485 people died in private homes.

In the latest week, up to September 4, the ONS said deaths in hospitals, care homes and other locations were below the five-year average by 1,032, 448 and 108 deaths respectively.

But the number of deaths in people’s private homes continued to be above the five year average by 143 deaths. This follows concern over the numbers of patients who have avoided seeking help from the NHS for chest pains and other conditions during the pandemic.