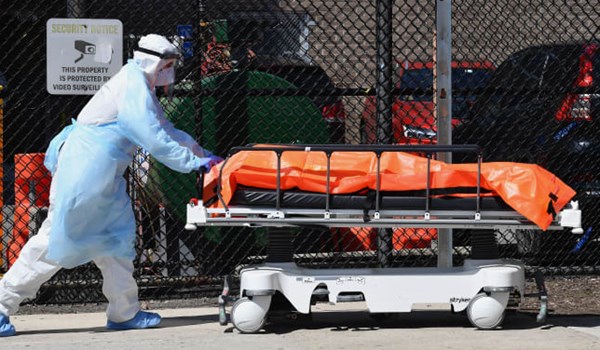 TEHRAN (FNA)- COVID-19 has killed at least 121 people under 21 years old across the US, nearly two-thirds of whom were Black and Hispanic people, according to a new study published Tuesday by the Centers for Disease Control and Prevention (CDC).

The study comes days after reports surfaced alleging that Donald Trump administration officials were interfering with the CDC’s process for publishing such studies, CNBC reported.

The researchers, which include a number of CDC personnel and officials from nearly 30 state health departments, said the study underscores the risk COVID-19 presents to young people, even though young people typically don’t become as sick as older coronavirus patients. They added that the data should be continually monitored as schools and child-care centers reopen.

“Although infants, children, and adolescents are more likely to have milder COVID-19 illness than are adults, complications, including MIS-C and respiratory failure, do occur in these populations,” the researchers wrote.

MIS-C refers to Multisystem Inflammatory Syndrome in Children, which is a rare but severe condition that appears to be associated with COVID-19.

“Ongoing evaluation of effectiveness of prevention and control strategies will also be important to inform public health guidance for schools and parents and other caregivers,” the researchers added.

Among the 121 young people who died of COVID-19, 45% were Hispanic and 29% were Black, the study said. About 4% were American Indian or Alaska Native people, the study added. Altogether, the groups represent 41% of the US population, the researchers said, but account for more than 75% of COVID-19 deaths among people below the age of 21.

“Among infants, children, and adolescents hospitalized with laboratory-confirmed COVID-19 and cases of MIS-C, persons from racial and ethnic minority groups are overrepresented,” the researchers wrote.

The researchers added that 75% of the 121 people who died had at least one underlying medical condition, and the most frequently reported conditions were chronic lung disease such as asthma, obesity, neurologic conditions and cardiovascular conditions.

The researchers collected the data from 50 states, the District of Columbia, Puerto Rico, Guam and the US Virgin Islands from Feb. 12 to July 31. They noted a few limitations of the study. The researchers said it’s possible that not all deaths were reported due to limited testing and reporting standards. They added that CDC was not able to acquire death certificates to verify cause of death and that there may not be standard reporting across jurisdictions.

And the researchers noted that during most of the time of the study, schools and child-care centers were closed and kids were not frequently tested, thus limiting the scope of the data.

The study comes as concerns mount over allegations of political meddling within the CDC. Politico and other outlets reported last week that Trump allies who were appointed to the Department of Health and Human Services were pressuring the CDC to alter reports published in the Morbidity and Mortality Weekly Reports.

Politico cited emails that showed an HHS official criticizing the CDC researchers’ decision to classify people between the ages of 18 and 20 as pediatric. The official, Paul Alexander, said the decision was “misleading".