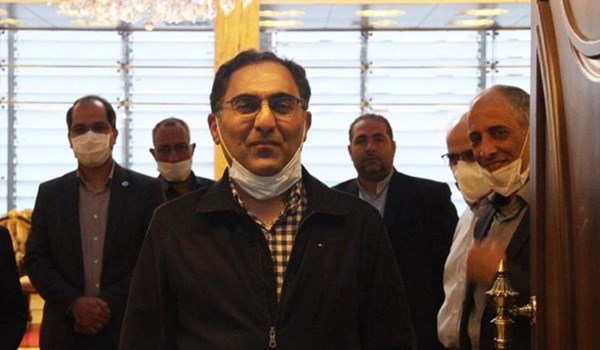 TEHRAN (FNA)- An Iranian scientist, who was wrongfully arrested and accused upon arrival in the US in 2017, had squarely refused an earlier proposal by the US’s investigative authority FBI to spy on Iran in exchange for money, according to a report.

The report published by The New Yorker magazine on Monday said that in April 2013, the scientist Sirous Asgari was asked by two agents of the Federal Bureau of Investigation to engage in espionage activities against the Islamic Republic.

The magazine identified the operatives as Special Agents Matthew Olson and Timothy Boggs.

Olson, who had lured Asgari into a café by sticking his business card inside the door of the scientist’s apartment “offered him five thousand dollars—if he would sign a paper, which he could get from another man in the café”. The man with the paper was Boggs, a counterintelligence officer at the FBI’s Cleveland, Ohio field office, whose focus was Iran, it added.

Asgari is a professor of material sciences at Iran’s Sharif University of Technology, who has studied and attended research projects for long in the US, fathered one child in the country, and sent two more to educate there.

“Asgari realized that he’d walked into a trap. Olson was not there to arrest him. He was trying to recruit him as an informant,” the report read.

“Asgari looked at the man with the paper to sign and felt sick. He wouldn’t sign anything, he said, or take a penny from the FBI. Honorable people didn’t entertain such offers,” it noted.

“The FBI had reason to be interested in a man like Asgari. Sharif University was Iran’s premier technical institution, and the instruments and insights of materials science could be used to build missiles and centrifuges…,” The New Yorker wrote.

In 2015, Asgari and his wife applied for US visas to be able to visit their children. Their visas were strangely approved in the spring of 2017 after US President Donald Trump banned visits from Iran.

Upon arrival in the US, the FBI placed him under arrest, while his visa was yet to be stamped and his passport returned, something that gave US officials an excuse to detain him for around three years from that date.

Then he was charged with “theft of trade secrets, visa fraud, and eleven counts of wire fraud”.

His indictment claimed that a four-month visit that he had made to Case Western Reserve University in Ohio four years earlier had been “part of a scheme to defraud an American valve manufacturer of its intellectual property in order to benefit the Iranian government”.

The scientist rejected the charges as “nonsense” because the processes that he had studied at the university were well known to materials scientists and hardly trade secrets.

The FBI warned him during his detention, “We haven’t lost a case,” but was told by him, “This will be your first.”

Asgari returned home this June thanks to diplomatic efforts by Tehran, despite Washington’s attempts at prolonging his detention and exchange him with an Iran-held prisoner.

Since Trump’s 2016 inauguration, the US has either arrested or deported many Iranian scientists and students under various excuses, prompting the Islamic Republic to warn the academics that Washington could lure them to the United States before trying to exploit their presence there.