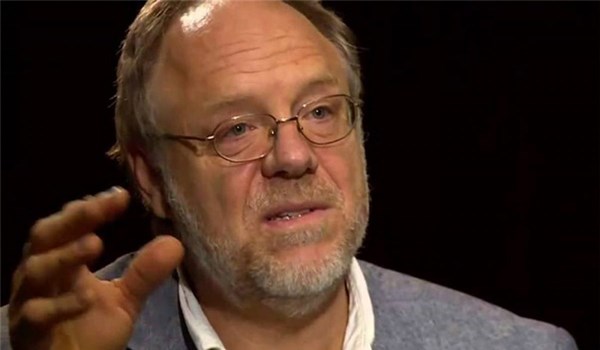 TEHRAN (FNA)- Kevin Barrett, author, activist and journalist, says if Muslims support the movements which seek the truth behind September eleven attacks, they will manage to enforce correction of the historical record filed by Islamophobic role-players.

Speaking in an interview with FNA, Dr. Barrett said, “9/11 was a false flag orchestrated by Zionist neoconservatives in hopes of turning the US and the world against their Muslim enemies… The larger purpose was to recast Israel’s “Muslim problem” as a global problem, and turn the whole world against Islam and Muslims on behalf of Zionist expansionism.”

Kevin Barrett, Ph.D., is an Arabist-Islamologist scholar and one of America's best-known critics of the War on Terror. From 1991 through 2006 Dr. Barrett taught at colleges and universities in San Francisco, Paris and Wisconsin. In Summer 2006 Dr. Barrett was attacked by a group of US politicians who called for him to be fired from his job at the University of Wisconsin-Madison. As the result, Dr. Barrett has been informally blacklisted from teaching in American universities. Dr. Barrett currently works as a nonprofit organizer, public speaker, author and talk radio host.

Q: Do you believe some two decades after the 9/11 attacks, the event still functions well as a means of Islamophobia by the US Administration?

A: 9/11 was a false flag orchestrated by Zionist neoconservatives in hopes of turning the US and the world against their Muslim enemies. It was not merely designed to launch wars on Afghanistan and Iraq, nor simply to “take out seven countries in five years” as General Wesley Clark explained. The larger purpose was to recast Israel’s “Muslim problem” as a global problem, and turn the whole world against Islam and Muslims on behalf of Zionist expansionism. In this, it has unfortunately been quite successful. Thanks to the 9/11 public relations operation and the wave of Zionist propaganda it unleashed, Islamophobia has become a permanent fixture of US and European politics, while spilling over into genocide in India, Kashmir, Burma, etc.

Trump is just an opportunist who hitched his wagon to 9/11-generated Islamophobia and rode it all the way to the White House. Though Trump expresses hatred of Muslims more blatantly, Biden and Harris are equally on board with Israel’s genocidal anti-Islam project. The whole US political establishment is owned and operated by Zionist billionaires on behalf of the so-called State of Israel. If the American people ever wake up, they will execute their entire political class for treason.

Q: According to the US media and investigations, majority of the 9/11 attackers were nationals of Saudi Arabia, trained by Saudi-linked extremist groups. How is Saudi Arabia still regarded as the closest US ally today?

A: Bin Salman has himself admitted that everything the Saudis have ever done on behalf of “radical Islam” was ordered by US leaders. In a March 22 2018 interview with the Washington Post, Bin Salman said that violent Wahhabi terrorism “was used as a tool against Soviets during the Cold War era, and the Saudi-funded expansion of the sect was done on the demand of the United States.” In 2000 and 2001 Saudi leaders allowed the CIA to bring 15 Saudi CIA informants to the US on special CIA “snitch visas” in order to pretend to learn to fly airplanes at CIA drug import airstrips disguised as flight schools. The drug-dealing element of the CIA, controlled by Zionist organized crime, set up those 15 innocent Saudis along with four others to take the blame for Israel’s controlled demolition of the World Trade Center and bombing of the Pentagon. The 19 patsies were not even on board any of the planes.

Q: What do the Muslims need to do to shift the blame from themselves, and show the anti-Muslim accusations about 9/11 attacks are all baseless?

A: Muslims worldwide need to devote all of our resources to backing the 9/11 truth movement. We need to make sure it succeeds in forcing the US government, the academic world, and the mainstream media to correct the historical record. This will be a difficult task due to the overwhelming preponderance of Zionist power in Western media and finance. But the [Holy] Qur’an is absolutely clear in repeating, over and over, that the role of the prophets and their followers is to insist on the truth, and to cleave to the truth even in the face of persecution by criminal rulers: “And thus We have placed within every city the greatest of its criminals to conspire therein. But they only conspire against themselves, but they perceive [it] not.” (Al-Anam, 123.)

These “greatest of criminals” unknowingly conspire to ruin their own souls and bring punishment on themselves, whether in this life or the next or both. Our role is to facilitate and participate in God’s judgment on them by speaking truth and pursuing justice. We need to let go of our petty egotistical fears, our worries about our careers and reputations, and let ourselves be the vehicle of God’s truth. If we do not, we too are conspiring against ourselves without realizing it.