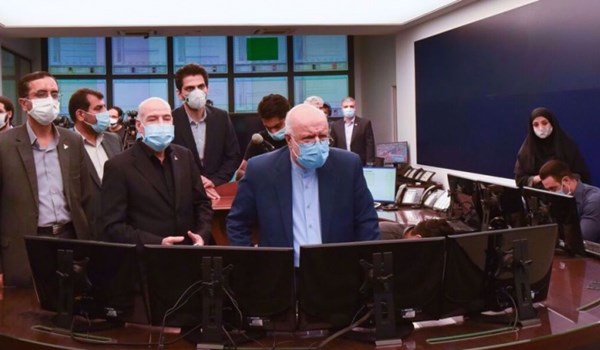 TEHRAN (FNA)- Oil Minister Bijan Zangeneh condemned the US economic war against Iran, and said that the country is doing well as one of the largest exporters of oil and petrochemical products in the world.

He blasted the US for trying to impose a full-scale economic war against the Iranian nation in all dimensions, and said that "as one of the largest exporters of oil products in the World, We are doing well in the fields of petrochemical exports".

The Gore-Jask pipeline is  one of the solutions to circumvent sanctions, he said, adding, "This pipeline will be completed by the end of the current Iranian year (will end on March 20, 2021) that through of which about one million barrels of crude oil will be exported."

Mohammadi said the 17 projects, with an investment of $11.5 billion, will be launched by the end of the current Iranian calendar year (March 20, 2021).

The projects would add 25 million tons to our annual production capacity and bring it to 90 million tons, he noted and added that the current calendar year is the golden year for the petrochemical industry.

The first of these projects was Miandoab Petrochemical Project which became operational in late June.