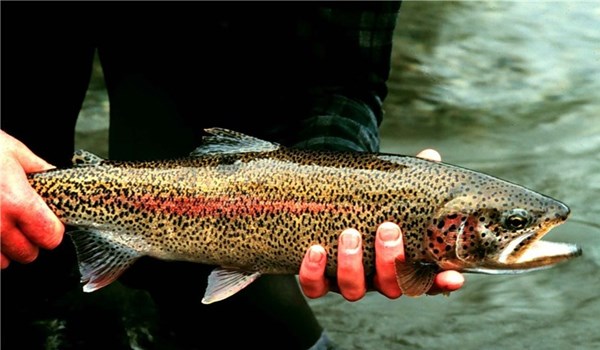 “Iran is the first producer of trout globally,” Khunmirzayee said and added that the country enjoys the 5th rank in producing common carp, 2nd in producing caviar, and 3rd in producing sturgeon meat in the world.

He added that Iran is now the 10th global producer of shrimp.

“Iran is ranking second in terms of fishing in the Indian Ocean,” he noted.

The official further said that aquatic production in Iran will amount to 1,370,000 tons by yearend.

Khunmirzayee stressed that aquatic pollution is almost zero in Iran, adding that useful probiotic materials are used for farming aquatics.

In relevant remarks in late July, Managing Director of Sistan and Balouchestan Ports and Maritime Organization, Behrouz Aqayee said that Iran dispatched its first shipment of aquatic products to Thailand through Chabahar port in the Southeast of country.

Aqayee said on Thursday July 30 that the first ship loaded with Iran's aquatic products left Chabahar for Thailand for the first time.

The shipment of non-edible fish was sent to the Indian port of Mundra via Chabahar, Aqayee said, and added that the cargo was unloaded at this port and loaded on another ship to continue its route to its final destination of Bangkok, Thailand.