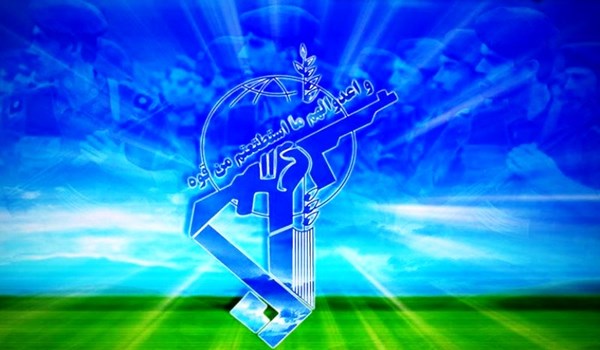 “The scandalous move of Al-Khalifa and the puppet regime ruling Bahrain in setting up ties with the Zionist regime, which was done against the will and aspirations of the Muslim people of that country, is a great folly, lacks any legitimacy and will receive appropriate responses,” the IRGC said in a statement.

“The domino of normalization of ties between the Zionist regime and the rulers of certain Arab countries, which, through the engineering of the White House and the hated and stupid US president, seeks to impose humiliation on Muslim nations and plunder their resources and wealth and provide security for the occupiers of Palestine and usurpers of Holy al-Quds, will never achieve its sinister goal and, on the contrary, will further broaden the Islamic Ummah's power and dignity and reinvigorate their resolve in revealing the hidden capacities of the anti-Zionist Resistance to repel Israeli cancerous tumor from the geography of the Islamic world,” IRGC added.

“The evil and tyrannical actions of the oppressive regime in Bahrain like other wicked and treacherous schemes of compromise will not bring any achievement for the US and supporters of child-killing Zionists but will expose the perpetrators of these betrayals and malice to the fury and revenge of the Islamic Ummah, especially the Shiite people of Bahrain,” the statement said. 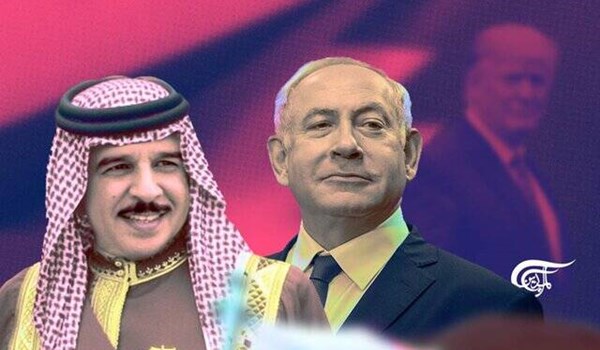 In a relevant statement on Saturday, Secretariat of Iranian Parliament’s International Conference on Supporting Palestinian Intifada strongly denounced the Bahraini government’s move to normalize ties with Israel, stressing that the move will have no effect on the resistance of the Muslim nations.

“Accepting the humiliation of compromise [with Israel] by the UAE and Bahraini governments will never undermine the determination and resistance of nations in the Islamic world,” the Secretariat said in a statement on Saturday.

“Hereby, Permanent Secretariat of International Conference on Supporting Palestinian Intifada of the Parliament strongly condemns the surrender of Bahraini regime to the Zionists and Global Arrogance and its compromise with criminal and child-killing Israeli Prime Minister Netanyahu,” the statement noted, adding that the act contradicts with the teachings of Islam and legitimate rights of the Palestinian people.

“No doubt, the Palestinian nation will give a decisive response to this betrayal of the mercenary rulers,” the statement read.

“The occupied Palestinian territories and [Holy city of] al-Quds will be liberated by the Palestinians,” the statement reiterated.

“These rulers should know that allowing the Zionist regime to step in the Persian Gulf region will not be a simple and temporary issue. Not only this irrational act will not spread peace and security, it will rather escalate insecurity and instability in the region which will engulf compromisers,” the statement added.