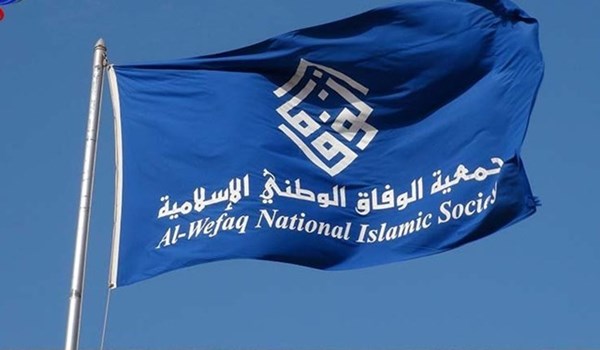 TEHRAN (FNA)- Bahrain’s Al-Wefaq National Islamic Society condemned normalization of ties between the tiny Arab island state and Israel as betrayal of Islam, stressing that the Bahraini people will not forget the Palestinian cause.

“The agreement between the Bahraini regime and the Zionist enemy is a big betrayal of Islam and Arabs,” al-Wefaq said in a statement on Friday night.

It described the agreement as illegal, saying that it has been made based on the Bahraini government and not public demands and aspirations.

The statement underscored that the Bahraini nation rejects the Zionist regime and is committed to the Palestinian cause.

Bahrain joined the United Arab Emirates in agreeing to normalize relations with Israel, in a US-brokered deal that Palestinian leaders denounced as "another treacherous stab to the Palestinian cause".

US President Donald Trump announced the deal on Twitter on Friday after he spoke by phone to Bahrain's King Hamad bin Isa Al Khalifa and Israeli Prime Minister Benjamin Netanyahu.

A month ago, the UAE agreed to normalise ties with Israel under a US-brokered deal scheduled to be signed at a White House ceremony on Tuesday hosted by Trump, who is seeking re-election on November 3.