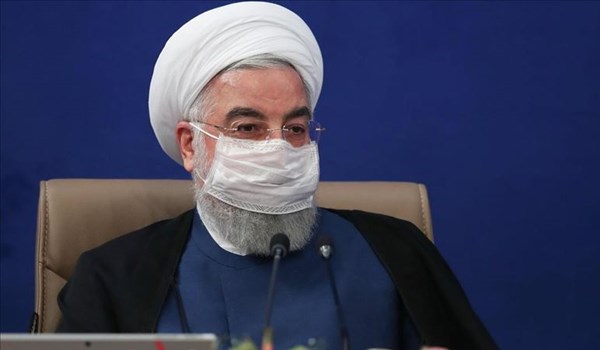 TEHRAN (FNA)- Iranian President Hassan Rouhani in a ceremony via video conferencing on Thursday inaugurated 58 developmental projects in different parts of the country.

The projects which create 4,413 direct job opportunities have been inaugurated despite the US harsh sanctions against Iran amid the country's fight against coronavirus.

In relevant remarks last month, President Rouhani underlined that the main focus of his government is on the economic boom in spite of the US sanctions and the spread of the coronavirus.

He reiterated the government wants to pave suitable ways for inauguration of important projects of the country coupled with economic boom and stability, he emphasized.

Referring to the recent economic instructions of Supreme Leader of the Islamic Revolution Ayatollah Seyed Ali Khamenei during the government week in Iran, as well as the compilation of 'Economic Roadmap', he said, “In addition to compensating the damages incurred to the economic sector of the country as a result of sanctions and spread of COVID-19, the government has taken effective steps in line with booming economy of the country."

The government managed to overcome sanctions and plots orchestrated by US against the country especially over the past two and a half years, Rouhani said, adding, “In addition to making efforts to alleviate economic shocks inflicted on people’s livelihood, the government is seeking to continue implementation of development policies of the country.”