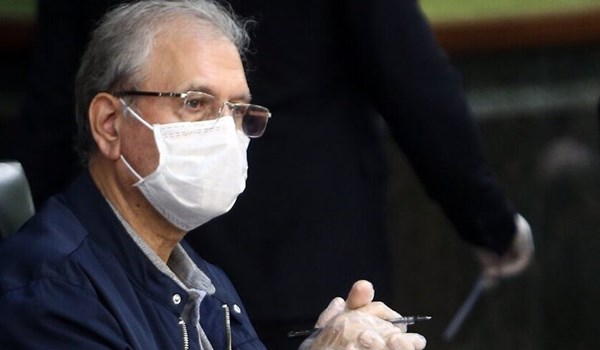 TEHRAN (FNA)- Iran’s assets in Europe are immune to the US seizure, Government Spokesman Ali Rabiyee said after Washington filed a lawsuit to transfer the funds to the US.

“The US has in recent years resorted to different methods to seize $1.7bln in securities kept by Clearstream institute in Luxemburg but fortunately it has failed success in all cases,” Rabiyee told FNA on Tuesday.

He underlined the Iranian government and the Central Bank of Iran’s all-out efforts to file a lawsuit against Washington to prevent confiscation of the assets.

“Based on international regulations, the CBI’s assets do not belong to the state and they enjoy judicial immunity of properties and assets and therefore, the US attempts have failed (so far),” Rabiyee said.

Last week, a CBI official stressed that Washington's new attempt to file a lawsuit for transferring the Iranian assets from Europe to the US will fail.

CBI Deputy Governor for Legal Affairs Amir Hossein Tayyebi Fard said on Saturday that Iran is seriously pursuing the case to prevent the potential confiscation of nearly $1.7 billion in securities belonging to Iran and held by Clearstream, a company based in Luxembourg which is a subsidiary of Germany’s stock exchange operator Deutsche Boerse.

“The CBI is considering the required legal procedures for the release of the mentioned funds which amount to $1.7 billion,” Tayyebi Fard said.

“This issue is related to securities belonging to the CBI which has remained in Clearstream institution and has nothing to do with Germany,” he added.

Tayyebi Fard said the United States has failed in almost all legal actions it has taken in recent years to target the CBI funds in Europe, including a separate case in Luxembourg to have Iranian funds confiscated to pay for alleged victims of terrorism in the US.

The official said the reason for such repeated failures is the fact that European courts have recognized the financial independence of the CBI, a fact that he said has been clearly mentioned in some of verdicts issued in Iran’s favor against the will of US claimants.

Deutsche Boerse said on Friday that it would take steps to defeat the suit filed in a New York court seeking to require Clearstream to surrender assets. The company said it considers the claims by creditors in the US to be unfounded.