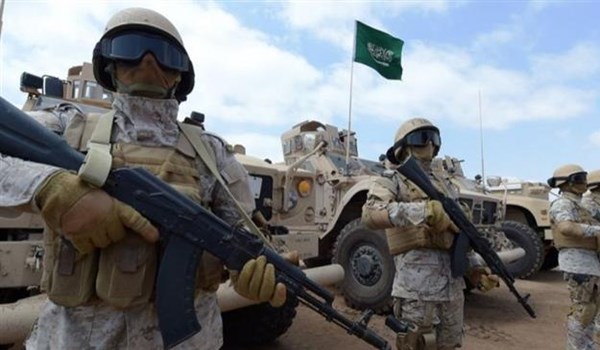 TEHRAN (FNA)- Saudi Arabia reportedly deployed nearly two dozen combat troops to a US-run military base in Syria’s oil-rich Northeastern province of Hasaka as the Riyadh regime and some of its regional allies are vying with the United States to loot the natural resources of the war-ravaged country.

Lebanon’s Arabic-language al-Mayadeen television news network, citing an informed source, reported that 20 Saudi soldiers, led by an officer called Saud al-Joghaifi, arrived at the US base in the city of Shaddadi on Wednesday.

The source added that the Saudi troops were accompanied by a convoy of US-led forces from the coalition purportedly formed to fight the Daesh (ISIL or ISIS) terrorist group, which withdrew from Camp Taji, situated 20 kilometers (12 miles) North of the Iraqi capital Baghdad, earlier this week.

Back on December 21 last year, informed local sources, speaking on condition of anonymity, told the Arabic service of Turkey’s official Anadolu news agency that dozens of Saudi soldiers had arrived at Omar oil field in Syria’s Eastern province of Deir Ezzur aboard helicopters.

The sources added that the troops were expected to guard Saudi and Egyptian experts, who had arrived at the energy facility a week earlier and were believed to be working for Saudi Arabia's giant state-owned oil company, Saudi Aramco.

The report noted that the deployment of Saudi soldiers to the oil field coincided with the arrival of about 30 trucks equipped with digging and drilling machinery.

The sources said the vehicles had entered Syrian territory from Northern Iraq, and that Saudi soldiers were stationed in a residential area close to Omar oil field that is said to be housing American troops.

Since late October 2019, the United States has been redeploying troops to the oil fields controlled by Kurdish forces in Eastern Syria, in a reversal of President Donald Trump’s earlier order to withdraw all troops from the Arab country.

The Pentagon claims the move aims to “protect” the fields and facilities from possible attacks by Daesh. That claim came although Trump had earlier suggested that Washington sought economic interests in controlling the oil fields.

The presence of US forces in Eastern Syria has particularly irked the civilians, and local residents have on several occasions stopped American military convoys from entering the region.

Syria, which has not authorized the presence of the US military in its territory, says Washington is “plundering” the country’s oil.