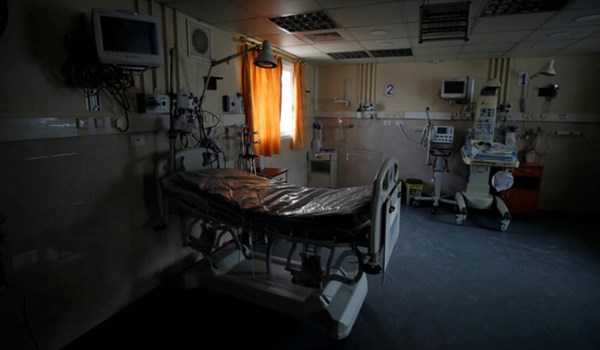 TEHRAN (FNA)- The Zionist regime of Israel continues to ban any imports that might help rebuild the besieged Palestinian city of Gaza.

Israel claims it has banned all imports going into Gaza except for food and medical supplies, but that’s a lie. All private sector companies say they have been notified of the Israeli decision to stop the entry of all commodities and goods, and that food and medicine is no exception.

Starting on August 6th, Israel has bombed Gaza almost every day in response to incendiary balloons and less frequent rocket fire that came from the besieged enclave. Israel has already cut fuel imports into Gaza, leaving its two million residents with even less electricity than usual.

The power cuts are straining Gaza’s already fragile medical sector. Before the ban on fuel imports, Gaza was allotted eight hours of electricity per day, and now it is down to only two to three hours. Last week, the International Committee of the Red Cross warned these new blackouts will increase the burden on Gaza’s health sector.

Israel has also banned fishing off of Gaza’s coast. Gaza’s fishing zone has been severely reduced by Israel over the years. The outright ban cuts off a vital supply of food and leaves Gaza’s fisherman with no way to earn an income.

It means what it means. The usurper regime is starving the besieged population of Gaza and the world community and the United Nations are looking the other way. This is while Israeli tanks also continue to shell targets in the besieged enclave, and Israel’s Navy attack fishing boats in north Gaza. Israel paints all targets they hit as Hamas targets, but independent media outlets even in the West report that these strikes target residential areas, causing deaths and injuries to civilians.

The unlawful clampdown on Gaza will likely continue as the civil society is not doing anything about it. In breach of international law and the UN Charter, Gaza has been under a crippling Israeli blockade since 2007. These new restrictions, coupled with a bombing campaign, will make an already dire humanitarian situation even worse. Add to this a deafening international silence and you have on your hands a perfect humanitarian disaster in an area that resembles one gigantic prison that violates many human rights - among them the right to freedom of movement, family life, health, education and work.

Israel's racist policy is also fully backed by the United States and its allies, which makes them complicit in the ongoing human rights violations. Together, they facilitate attacks aimed at civilians which are war crimes according to international humanitarian law and are unjustifiable in all circumstances. The same law says Israel and its allies do not have the right to trample on the human rights of an entire population.

Israel implements its separation policy in a patently arbitrary and indiscriminate manner, too. Almost all restrictions are imposed on entire groups of Palestinians, based on sweeping criteria, without examining the alleged threat. The proof is that Israeli authorities have often chosen to reverse their refusal of a person's request for a movement permit once a human rights organization intervenes, rather than face an embarrassing legal challenge. Most elements of Israel's policy are illegal under international law.

However, all the human rights violations discussed above are likely to continue, and even worsen as Israel sees itself not being held to account in the international court of law. The time has come for the international civil society and peoples of good conscience to force the apartheid regime to end its illegal blockade of the Gaza Strip, which is labeled a violation of international humanitarian law. The blockade as collective punishment is a war crime under Article 33 of the Geneva Conventions, and the international community must work to force Israel to lift the closure and allow the much-needed imports in to rebuild the Palestinian city.

The UN should also publicly criticize and condemn the blockade due to the failure of Western efforts to ease the restrictions on the territory. The illegal blockade is having a devastating impact on the people living in Gaza. Israel must be forced to put an end to this closure and all those who have an influence on the situation, including all UN member states, must do their utmost to help Gaza's civilian population to rebuild their shattered community.