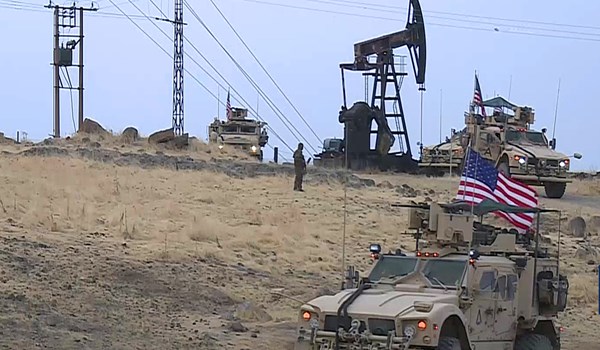 TEHRAN (FNA)- America’s wide-ranging sanctions against Syria are still in place. This is while the war-torn country needs peace and international aid to rebuild itself.

Syrian President Bashar al-Assad and other senior officials are also subject to US sanctions, but the new measures, which took effect in mid-June, are sweeping: they apply to anyone, Syrian or non-Syrian, who aids or does business with the Syrian government or with any entities it controls.

According to US Special Representative for Syria James Jeffrey, the objectives of this scorched-earth policy are to turn Syria into a quagmire for Russia and to gain enough leverage to reconstitute the Syrian government along the lines that the US imposed on Japan after World War II.

In theory, systematically bankrupting the Syrian government is meant to subdue the Syrian government into capitulation. To increase the pressure, the United States has endorsed Israeli strikes against Syrian territory and Turkish expropriation of Syrian energy resources. It has also closed the main highway to Baghdad to choke off trade.

The Trump administration designed the sanctions to make reconstruction impossible. The sanctions target the construction, electricity, and oil sectors, which are essential to getting Syria back on its feet. Although the US says it is “protecting” Syria’s oil fields in the Northeast, it has not given the Syrian government access to repair them, and US sanctions prohibit any firm of any nationality from repairing them - unless the administration wishes to make an exception. Only a narrowly selected list of US firms are allowed to get in as if it were a state-run oil field in Texas.

Such an exception was recently made for a US firm to manage the oil fields, but oil leaks continue to drain into the Khabour and Euphrates Rivers. So, US sanctions not only punish people, who receive only an hour or two of electricity a day, but also poison their environment.

The sanctions even prevent international aid organizations from delivering reconstruction assistance. Humanitarian exemptions are deliberately vague. The policy is meant to deter aid suppliers and investors who might otherwise help Syria rebuild but who can’t be wholly confident that they are in the clear to do so.

Taken together, this doctrine is all about preventing Syrian reconstruction efforts, escalating the war on Syria, and killing civilians and supporting terror proxy forces with global reach. The appalling doctrine is intended to keep Syria too engaged with misery, war and terrorism. Notwithstanding, allies like Iran and Russia are willing to stand by the Syrian government and people, and they can be counted upon steadfastly to back their ally in the war and subsequent reconstruction efforts. In Syria, the two powers have also made themselves part of the solution to Europe’s refugee crisis.

That said, when it comes to targeting the Syrian government, Trump’s resistance to International Law is even more appalling. There are now several million children at risk of dying from the conflict, poverty, hunger, and disease. No one apparently has said anything to Trump or his cabinet members about these children and their long-suffering families, in particular those in refugee camps. Trump is comfortably ignoring this grim reality and escalating the conflict anyhow.

In between, the Pentagon regime would like us to believe that the written rules of engagement in Syria have not changed, and that they are doing everything to keep the civilian population out of harm’s way. But that’s just a fool’s rant. There are credible reports that US military commanders on the ground are more empowered under Trump to target everything and everyone on the ground.

This doctrine perfectly explains why there have been more civilian casualties than the US has ever reported in Syria. Some of Washington’s coalition members have also acknowledged that this is likely true. Their indifference to the human-rights violations that are integral to their occupation rule over the Syrian territory has once again proved the untruthfulness of the American commitment to human rights and democracy, much less its bogus refugee concerns.

In essence, the Trump Syria doctrine is a shortsighted, cruel, and ultimately self-defeating shell game - subject to no effective oversight by anyone other than himself and his generals. Under the nose of the United Nations and aid agencies, these warmongers continue to produce more anarchy than order, more terror than tranquility, more oppression than democratization, and more blowback than security and peace.