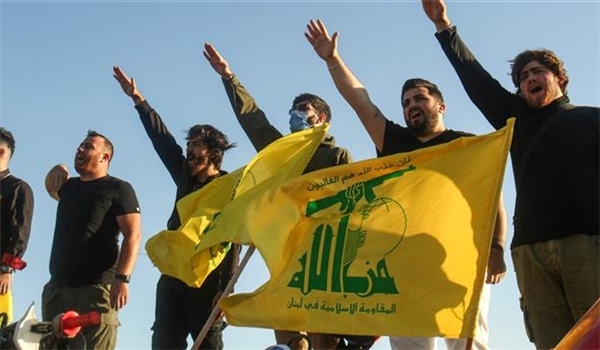 The Iranian foreign ministry congratulated the Lebanese nation, government, army, and resistance, especially the secretary-general of Hezbollah, on the 14th anniversary of the proud victory of Lebanon’s Islamic resistance against the Zionist regime in the 2006 war, which imposed a historic defeat on the occupying regime.

The great victory was achieved in light of domestic solidarity among various tribes and synergy among the Lebanese people, and resulted in stability, security, and dignity for Lebanon and the region, the statement said.

It added that the resistance of Lebanese women and men and the struggle of the brave young fighters of the resistance gave a lesson to the aggressors and sponsors of terrorism, which will protect Lebanon against the fake regime of Israel’s threats and aggression.

It went on to say that there is no doubt that the Lebanese nation will always remember the sweet taste of the victory, and will not allow enemies to play with the country’s security, independence, and sovereignty.

The Lebanese nation will overcome the current crisis through unity and synergy, and that is a great lesson for all regional governments and nations, the statement said.

It pointed out that the Islamic Republic of Iran has always stood by the Lebanese nation and government, and will stand by them forever.

"The ongoing visit of the Foreign Minister of the Islamic Republic of Iran to Beirut on the anniversary of the great epic and his talks and meetings with Lebanese officials and personalities is aimed at promoting constructive relations between Iran and Lebanon as two friendly and brotherly countries and is in line with Tehran’s all-out support for the government, nation, army, and resistance of Lebanon," the Iranian foreign ministry concluded.

About 1,200 Lebanese, most of them civilians, lost their lives during Israel’s 33-day war on Lebanon back in the summer of 2006.

According to a 629-page report of the Winograd Commission, appointed by the Israeli regime itself, Hezbollah fighters involved in defending Lebanon against the Israeli war defeated the enemy, and Tel Aviv was compelled to withdraw without having achieved any of its objectives.

The Winograd Commission was set by former Israeli prime minister Ehud Olmert in September 2006 to examine the events during Israel’s 33-day war on Lebanon. It was chaired by retired judge Eliyahu Winograd.

The commission was formed in the wake of public criticism and protest over the fact that the Israeli military had effectively lost the war by failing to achieve its aim of freeing two soldiers captured by Hezbollah fighters.

UN Security Council Resolution 1701, which brokered a ceasefire in the 2006 war, calls on Israel to respect Lebanon’s sovereignty and territorial integrity.

In a relevant development on Thursday, Iranian Foreign Minister Mohammad Javad Zarif congratulated his Lebanese counterpart Charbel Wehbe and Secretary-General of Hezbollah Resistance Movement Seyed Hassan Nasrallah on the 14th anniversary of Lebanon’s victory over Israel in the 33-day war.

Zarif expressed his congratulation on the 14th anniversary of Lebanon’s resonating victory over the Zionist regime upon his arrival in Beirut late on Thursday.

He arrived in Beirut to express solidarity with the Lebanese government and nation over the huge blast in the capital on August 4.

TEHRAN (FNA)- Iran’s Special Envoy on Afghanistan Mohammad Ebrahim Taherianfard lambasted the recent remarks by some American officials on Iran’s role in Afghanistan, saying that they lack proper perception of the developments in the Central Asian country.

TEHRAN (FNA)- Iranian President Hassan Rouhani announced that some new restrictions will be imposed in society if protocols are not followed up and a new wave of coronavirus starts.

TEHRAN (FNA)- Exports of Iranian products to the European Union countries increased in the 7 months of this year in spite of the coronavirus outbreak and sanctions illegally imposed by the US, though the EU imports to Iran have declined during the same period, a report showed.