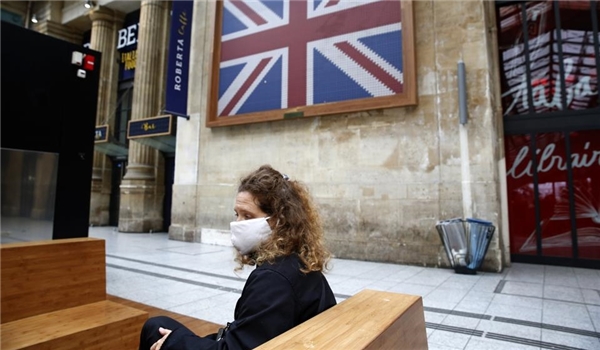 The move, which will mean arrivals into UK from France will have to quarantine for 14 days on their return or face a fine, will come into effect at 4am on Saturday leaving a window of little more than 30 hours for travellers to get home if they want to escape the measures, according to The Guardian.

It comes after France – the second most popular holiday destination for Britons – recorded a post-lockdown record daily increase in new coronavirus cases of 2,669 in the previous 24 hours.

Spain, the UK’s favourite tourist destination, was removed from the safe corridor list on July 26.

As revealed earlier by the Guardian, it was confirmed on Thursday night that the Netherlands, Malta, British overseas territory the Turks and Caicos Islands, and the island of Aruba, a Dutch constituent country in the Caribbean, are also being removed from the safe list. Monaco will join them in being taken off.

The decision is a blow in particular for the French tourist industry, as well as holidaymakers from UK who are already across the channel or have trips booked in coming weeks.

The UK’s decision would lead to a reciprocal measure, the French Junior Minister for European affairs, Clément Beaune, suggested late on Thursday, adding that France regrets the move.

Grant Shapps, the transport secretary, was among ministers who had agreed on Wednesday to remove the Netherlands, Malta, Turks and Caicos and Aruba, but they were still mulling over plans for France.

It is understood that Prime Minister Boris Johnson intervened to pause plans on Wednesday evening so more time could be given to analyse COVID cases in France to see whether it should be removed.

After further consideration on Thursday evening, which took into account the latest daily coronavirus infections in France and successive post-lockdown record rises, the government decided it was time to act.

Nick Thomas-Symonds, the shadow home secretary, said, “While we support evidence-based measures at the border, it’s vital that the government has a joined-up strategy, and recognises the impact of this on travel-related businesses. It is vital that a sector-specific deal is put in place urgently."

“That the government has still not put in place an effective track, trace and isolate system has made matters far worse and made it more likely that we are reliant on the blunt tool of 14-day quarantine," he said.

“The government should publish all of the scientific evidence its decisions are based on and details of any work being done to reduce the time needed to isolate through increased testing and other measures,” he added.

Earlier on Thursday during a visit to Northern Ireland, Johnson said, “We have got to be absolutely ruthless about this, even with our closest and dearest friends and partners. I think everybody understands that.”

He added, “We will be looking at the data a bit later on this afternoon, looking exactly where France and other countries are getting to. We can’t be remotely complacent about our own situation.