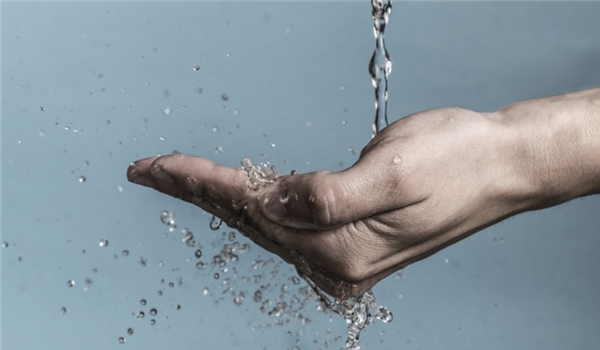 Running water had been guaranteed to about two-thirds of Americans as hundreds of utilities suspended disconnections amid warnings from public health experts that good hygiene, particularly hand-washing, was crucial to curtailing the devastating spread of the coronavirus, The Guardian reported.

But now at least 115 local moratoriums on water disconnections, including the statewide orders in Indiana and Ohio, have expired. That leaves 46 million or so people at risk of having their taps turned off even as the pandemic rages.

Another 21 million people will lose the guarantee of running water by September 1, according to analysis by the not-for-profit group Food and Water Watch (FWW), as numerous orders are slated to expire, including statewide moratoriums in Wisconsin and Maryland.

Nationwide, more than 5.2 million people have tested positive for the coronavirus in the US, leading to at least 165,000 deaths – the worst per-capita death toll in the world.

Yet, federal lawmakers have ignored calls from advocates to guarantee access to running water until the end of the pandemic by issuing a national moratorium on shutoffs, as well as providing financial aid for struggling utilities.

“Our country is in crisis, people are hurting and our leaders are failing us. No one should have to worry about being denied water because they have fallen behind on their bills – especially amid a global pandemic. Congress urgently needs to pass a relief package that puts people first and stops all utility shutoffs across the country,” said Mary Grant from FWW.

Access to clean, affordable running water was already a major problem before the pandemic, as record-breaking price hikes had plunged millions of Americans into water poverty.

In 2016, an estimated 5% of households were disconnected due to unpaid bills – one of the punitive measures employed by utilities to try to force people to pay their bills on time.

The full extent of America’s water debt is unknown, but a recent investigation by Circle of Blue, a water research organization, found that 1.1mln households in 12 large cities owe a total of about $1.1bln to their water departments.

The economic fallout of the pandemic is unprecedented. By mid-July, more than 31 million people were claiming unemployment benefits and despite some recent job gains, the jobless rate is hovering above 10%, according to the latest government figures.

Yet targeted safety nets to protect Americans from destitution such as the $600-a-week enhanced federal unemployment benefit and a moratorium on evictions have expired. The Senate has adjourned until 8 September without agreeing a new stimulus deal.

Brandon Dennison, a self-employed general contractor from Thurman in Gallia county, Ohio, stopped working in March when the state went into lockdown. He filed for unemployment in June, only then realising he was eligible, and received this first cheque in early August.

“We didn’t go hungry because we get food stamps, but we only made it as long as we did because I picked up a job with a neighbor and the moratorium on energy and water bills,” said Dennison, 29, who lives with his partner Ashley, 30, and six children, aged 10 and younger.

On July 20 the taps were turned off – without warning, for unpaid bills totaling about $200. Dennison was unaware that Ohio had rescinded the water moratorium 10 days earlier.

Officials made the decision in June – a day after Ohio’s Health Director, Dr Amy Acton, quit amid pressure to roll back public health measures and reopen for business.

Cases soon rose sharply and while they have since plateaued, Ohio currently has more than 104,200 confirmed cases and 3,734 deaths, according to the New York Times database.

Ohio’s unemployment rate in June, the latest month available, was just under 11%.

The Dennison family was reconnected after Ashley’s parents lent them money to cover the bill and reconnection fee. Gallia County Rural Water Association did not respond.

They currently owe $4,000 to the electricity company, and that moratorium ends next month. Dennison is looking for construction work in surrounding cities, and if he gets a contract, will probably stay away from home to protect the family from infection.

“I’m absolutely worried about the pandemic, it’s so stressful thinking about the kids, but I need to find work,” Dennison said.