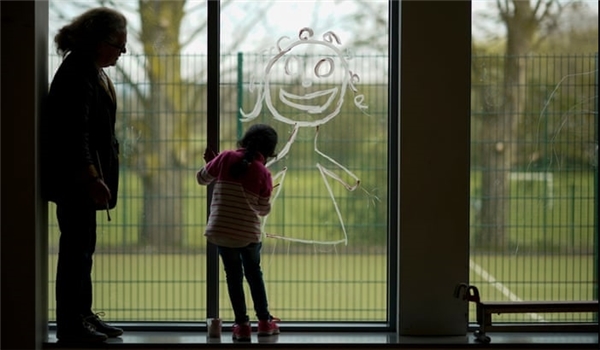 Nearly three-quarters (73 percent) of respondents to a survey of people who experienced child abuse said they have not accessed any support services, according to The Independent.

This includes advice and treatment, services which help with justice, recovery and health, and those which are both state-run and voluntary.

An even greater percentage of the survivors polled (84 percent) said they faced at least one form of barrier to accessing that support, including financial issues, service-related problems such as long waiting times, and familial or community barriers – such as not wanting to upset loved ones.

The study, published by the Independent Inquiry into Child Sexual Abuse, is based on interviews with 181 respondents in England and Wales and was commissioned in response to a lack of research into survivors' access to services.

Fay Maxted, a member of the inquiry's victims and survivors consultative panel, said, “I can't overstate the importance of this research."

“The impact of child sexual abuse can affect all aspects of a survivor's life, often affecting their family members and partners too – it's essential that availability and quality of services reflects this," Maxted continued.

“Whether someone needs support with seeking justice, the right medical care, or specialist recovery counselling, having the ability and awareness of how to access the services needed is vital," Maxted noted.

“This research should be seen as a wake-up call, and the findings need to be taken on board so that survivors now and in the future get the support they need and deserve,” Maxted added.

The research suggested two in five victims and survivors (43 percent) felt they currently had unmet needs linked to their experience of child sexual abuse.

For those who accessed support services (27 percent), the study found that the average time between first being abused and making contact with such a service was 19 years.

Those with positive experiences of engaging with support services cited factors such as empathy, feeling understood and believed, and not being blamed as being particularly beneficial to them.

Dr. Tim McSweeney, from the University of Hertfordshire which helped carry out the study, stated, “Regardless of the type of support accessed, the victims and survivors we spoke to through the survey and in-depth interviews emphasised the importance of being heard and listened to, having timely access to a professional who understood and believed them, and being supported by a non-judgmental, caring and empathetic professional.”

The Independent Inquiry into Child Sexual Abuse was set up in 2015 and has investigated the actions of celebrities, politicians, police, religious groups and schools, among others.