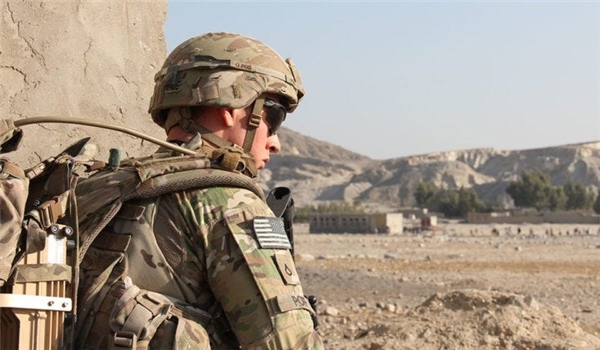 When four US military service members were killed in an ambush in Niger in 2017, it came as a surprise to many, including even sitting members of the Senate Armed Services Committee, who were not aware that US troops were in the African country in the first place.

The under-the-radar deployments of US soldiers to Africa are as prominent as ever, according to South Africa’s Mail & Guardian.

With boots on the ground in almost half of Africa’s 54 nation states, the continent accounts for over 14 percent of US commandos deployed overseas. This is the largest concentration of US troops in the world, with the exception of the greater Middle East, according to the report.

Some of the US missions in Africa are aimed at training local forces while others involve direct combat. Characterized as “AAA” or “advise, assist and accompany” by US AFRICOM (United States Africa Command), these deployments can be quite risky for American soldiers.

In 2017, a US Navy Seal was killed in Somalia while assisting local forces in a raid on a militant camp. The command acknowledged carrying out 70 such missions in East Africa in 2018, 46 in 2019 and seven in 2020 as of early June.

Some of the governments that the US military chose to work with may be using the training they received from the American troops to commit heinous crimes. In Burkina Faso the US is teaching security forces in counter-insurgency operations. In July, Human Rights Watch reported that there was strong evidence that government forces were involved in mass killings in the town of Djibo in the North of the country.

There is concern that Washington’s continued military assistance of authoritarian governments in Africa is perceived as legitimizing their abuses. A lack of transparency in African deployments both by the US and the host nations has contributed to this problem, the report noted.

US military officials tout the African footprint as a “light and relatively low-cost” one, to cite AFRICOM Commander Gen. Stephen J. Townsend, and point fingers at countries like China and Russia, accusing them of meddling in African affairs.

In 2019, the Pentagon maintained over two dozen bases across the continent. China has a single base in Djibouti, which it opened in 2017. Russia has no permanent military foothold in Africa, though it has been discussing a possible lease of an airfield in Northwestern Egypt.