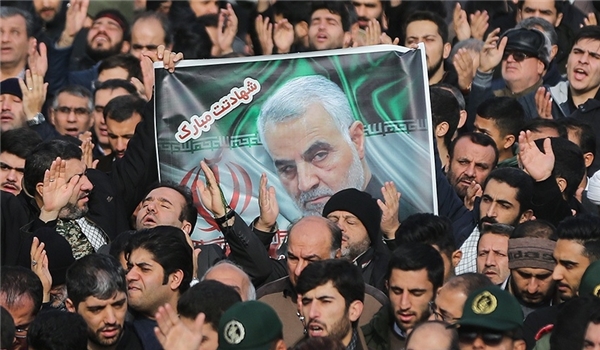 "Our enemies should know that no where is safe for them; they have triggered a permanent source of danger and avenge for themselves by martyring Haaj Qassem, and the revenge will be taken sooner or later and certainly it will be harsh," General Salami said, addressing a ceremony in Tehran on Thursday.

He went on to say that the martyrdom of General Soleimani gave a new life to Islamic countries and brought eternal glory to the Islamic Revolution, the Iranian nation, and the IRGC.

The top commander said the IRGC Quds Force has generated power in the fight against the enemies in different fields.

General Salami further noted that the enemies sought to change the balance of power in the Islamic countries and form their own governments, however, they eventually failed and their desperate attempts were in vain.