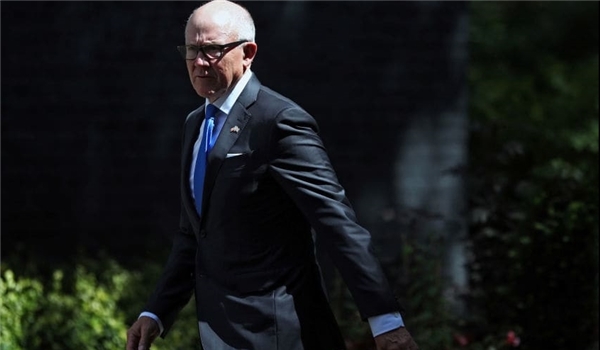 Robert “Woody” Johnson, the US ambassador to the UK, was highlighted in the report as alienating staff, accusing them of being disloyal and making inappropriate comments that possibly violated employment laws, according to The Hill.

The State Department Office of Inspector General (OIG) report follows reporting last month by CNN that Johnson, the billionaire co-owner of the New York Jets, had made a number of racist and sexist remarks, such as questioning why African Americans need a Black History Month and suggesting women were cheaper labor who worked harder, among other allegations.

Johnson denied the claims at the time, writing on Twitter that he had “followed the ethical rules and requirements by my office at all times. These false claims of insensitive remarks about race and gender are totally inconsistent with my longstanding record and values”.

His actions further came under the scrutiny of the top Democrat with oversight of the State Department. House Foreign Affairs Committee Chairman Eliot Engel (D-N.Y.) called for Johnson to testify about his behavior in front of the panel by September 30.

The OIG report does not get into the specifics of the comments Johnson made that staff found inappropriate, saying that staff reported in interviews that the ambassador “sometimes made inappropriate or insensitive comments on topics generally considered Equal Employment Opportunity (EEO)-sensitive, such as religion, sex, or color”.

Staff further said that Johnson was combative when he felt people were resistant to his suggestions, questioning staff intentions and implying that he might have them replaced. The OIG remarks that staff held back their best judgement in fear of the ambassador.

The OIG report found that Johnson’s arrival in London in 2017 was marked by an immediate clash with the No. 2 at the embassy, the deputy chief of mission. Their relationship deteriorated over the course of the year and ended with the employee's reassignment.

The watchdog reported that the arrival of Johnson’s pick to replace the deputy chief of mission, Yael Lempert, a career foreign service officer with previous postings in Egypt and North Africa, improved communication and increased confidence among the staff.

The OIG review, which looked at the US Embassy in London and constituent posts in the United Kingdom, generally gave a positive review of the ambassador’s activities over his tenure.

But despite this, it recommended that the State Department's Bureau of Europe and Eurasian Affairs, working with the department’s Office of Civil Rights, assess the ambassador’s compliance with Equal Employment Opportunity laws and take appropriate action based on the review.

The bureau rejected the recommendation, the only one of 22 recommendations made in the OIG report it disagreed with, arguing that Johnson had taken steps to review the agency’s policies and training on workplace harassment and instructed staff to do the same.

The bureau further said the ambassador “is well aware of his responsibility to set the right tone for his mission and we believe his actions demonstrate that".

The bureau added that it would work with the Office of Civil Rights to provide more training and advice to all staff, including the ambassador, to “heighten awareness on these important issues”.

The OIG considered the recommendation unresolved.

A State Department spokesperson told The Hill that Johnson “is a valued member of the team who has led Mission UK honorably and professionally”.

“We stand by Ambassador Johnson and look forward to him continuing to ensure our special relationship with the UK is strong,” the spokesperson continued.

“As noted in the report, the Office of Inspections conducts systematic and independent evaluations of the operations of the Department. This inspection was part of that routine schedule. The Bureau of European and Eurasian Affairs is committed to fostering a diverse and inclusive workplace and to upholding Department Equal Employment Opportunity principles,” the spokesperson added.

An embassy spokesperson told The Hill that “Ambassador Johnson is fully focused on the important foreign policy priorities that represent our Special Relationship with the United Kingdom, including negotiating an unprecedented free trade agreement, helping our economies emerge from the COVID-19 pandemic stronger than ever, and securing our countries against the full range of threats we face”.