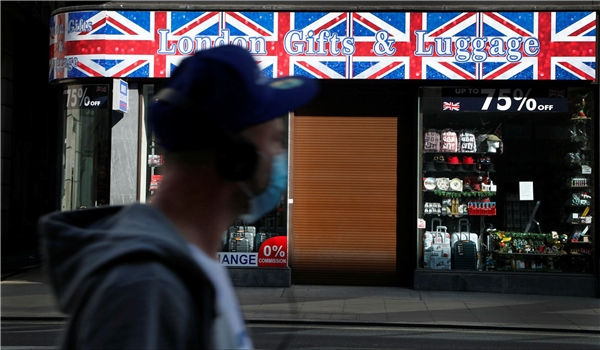 Some 3.4 million people have caught the disease, the Imperial College London research found, according to The Independent.

The results suggest 6 percent of England's population had already been infected by mid-July.

Johns Hopkins University in the US listed England's case numbers at 315,546 as of Thursday morning.

The study tracked the spread of infection across England after the pandemic's first peak, with volunteers testing themselves at home between June 20 and July 13.

Londoners were most likely to have been infected, along with health and care workers, people from black, Asian and other minority ethnic groups, and people living in larger households.

Nearly one-third, or 32 percent, of people with antibodies had shown no symptoms, a figure which rose to 49% of those aged older than 65.