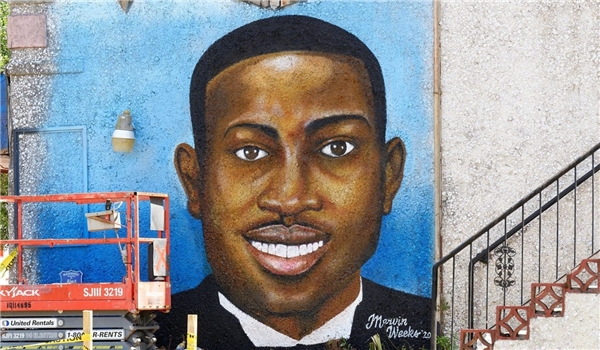 Gregory McMichael, 64, and his son, Travis McMichael, 34, have been jailed since their arrests in May, more than two months after they chased and shot Arbery, a 25-year-old black man who was jogging through their Brunswick neighborhood, Daily Mail reported.

Attorneys for the McMichaels filed legal motions Thursday asking Superior Court Judge Timothy Walmsley to set a bond that would both the men to be freed pending trial.

Travis Michael was billed by his legal counsel as an "excellent candidate for low bond", arguing he has no previous criminal history and poses no threat of fleeing.

"He does not have passport, and most importantly, his family, including his parents and three-year-old son, are here in Georgia," attorneys Robert Rubin and Jason Sheffield wrote.

Travis’ son lived with him every other week until his arrest, court documents show. The defense attorneys called Travis an "extremely devoted father who dotes" on his son.

Travis McMichael has lived all of his life in the Brunswick, Georgia, area and was living with his parents at the time of his arrest, the documents also said.

They requested the court to set a hearing on the matter within the next 20 days.

Bryan, a neighbor of the McMichaels who captured the fatal shooting on video, was arrested days later and faces the same charges. The judge denied bond his bond appeal last month.

The McMichaels and Bryan requested in a court motion Thursday that their charges of malice murder and criminal attempt to commit a felony be dropped.

The malice murder count "charges two crimes in one count, making it duplicitous," the McMichaels' attorneys claimed, adding, "It does so by trading on vague and uncertain allegation regarding 'unlawfully chasing' in pickup trucks, which inserts an unspecified separate crime from malice murder, namely, "unlawfully chasing [Ahmaud Arbery] through the public roadways.”’

The McMichael's attorneys claimed that the criminal attempt to commit a felony count is also duplicitous because the count "alleges both a completed crime—'unlawfully chase Ahmaud Arbery in pickup trucks' and an attempted crime 'attempt to confine and detain Ahmaud Arbery without legal authority on Burford Road using Ford F150 pickup truck and Chevy Silverado pickup truck.'"

A separate legal motion by Bryan's attorney, Kevin Gough, argues that all three defendants should be immune from prosecution, saying Travis McMichael legally fired his shotgun in self-defense when Arbery attacked him with his fists.

GBI agent Richard Dial rejected that argument during a June court hearing, saying it was Arbery who was trying to defend himself when Travis McMichael confronted him with a shotgun.

All three of the men have pleaded not guilty.

Arbery was out jogging in Brunswick on February 23 when he was spotted by Gregory McMichael, who claims he believed the 25-year-old looked like a burglary suspect.

Bryan joined the chase in his own vehicle, prosecutors say, claiming he used his vehicle to try to confine and detain Arbery – striking him with his car or at least one occasion. Investigators found a swipe from a palm print on the rear door of Bryan's truck, cotton fibers near the truck bed and a dent below the fibers that were attributed "to contact with Mr. Arbery" prosecutors said.

During dramatic testimony in June, Special Agent Richard Dial of the Georgia Bureau of Investigation revealed that Travis McMichael allegedly said 'f****** n*****' at Arbery after fatally shooting him with a shotgun.

The investigator also revealed that Travis McMichael, a former US Coast Guard trainee, had reportedly used the N-word numerous times in social media posts and in messages on his cell phone in the months leading up to Arbery's death.

In one such message, investigators say Travis once exclaimed he loved his job because he was "on a boat and there were not any n****** anywhere".

In a response to an Instagram post about using violence against black people, Travis McMichael is said to have typed "Blow that n*****'s head off".

Dial said after a separate search of Bryan's phone, he was also found to have made various racist comments in messages and in posts on social media. Dial called some of the racist statements "disturbing", and said he has "never before come across" some of the terms used by Bryan.

"There's evidence of Mr. Bryan's racist attitude in his communications, and from that I extrapolate the reason why he made assumptions he did that day," Dial said, adding, "He saw a man running down the road with a truck following him, and I believe he made certain assumptions that were, at least in part, based upon his racial bias."

The Georgia Bureau of Investigation then tweeted, "On Wednesday, July 15, 2020, the Glynn County Police Department requested that the GBI initiate a sex crimes investigation based on allegations made against William 'Roddie' Bryan, Jr. The investigation is active and ongoing."