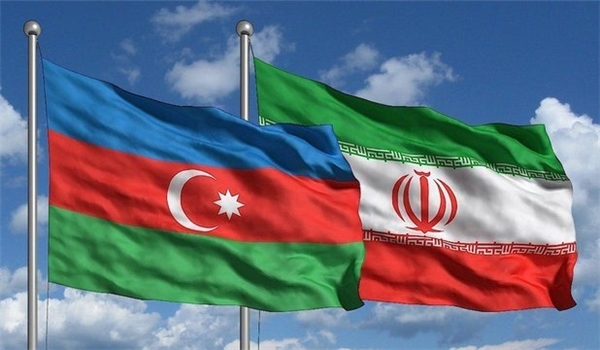 In a video conference with his Azeri counterpart Sahil Babayev, Shariatmadari referred to the draft of the joint action plan of the two countries, and said, "The roadmap for the development of cooperation has been drawn."

"In this framework, we are ready to continue exchanging views and consulting on a joint cooperation at various levels through video conferencing," he added.

Shariatmadari said that Iran and Azerbaijan have also opened their borders to land, rail and sea transport during coronavirus restrictions, which is a good sign of the political will to continue cooperation between the two countries.

He noted that given that the end of the coronavirus is not clear, and said, "We welcome cooperation and sharing experiences in this field, because this issue, in addition to health damage, has social and economic consequences."

In the video conference, Babayev underlined that the two countries, in addition to having a common border, have much in common in the field of history and music.

"Relations between the two countries have expanded in the form of investment and joint productions, but the volume of exchanges has decreased due to the spread of coronavirus. We follow the COVID-19 process in Iran and the world, and we will use Iran's experiences in the fight against this virus," he said.

Mousavi who will take charge as the Islamic Republic's new ambassador to Baku soon made the remarks in a meeting with officials of West Azarbaijan in Northwestern Iran.

Mousavi is to hold post of Iran's ambassador to Baku next month.

"Cooperation with the Republic of Azerbaijan should be put on the agenda in line with Iran's foreign policy on fostering ties with neighbors," the Iranian foreign ministry spokesman said.

Mousavi reiterated that the border provinces play a leading role in the expansion of cooperation with the Republic of Azerbaijan.

To achieve economic prospects with Azerbaijan, trade problems should be removed, he underlined.

In a relevant development in late July, Iranian President Hassan Rouhani and his Azerbaijani counterpart Ilham Aliyev reviewed bilateral relations, stressing the need for implementation of the Rasht-Astara railway.

Rouhani said “Fortunately, with the efforts of the officials of Iran and the Republic of Azerbaijan, we are witnessing good, friendly and developing relations between the two countries in recent years.”

The President also stated that the officials of the two countries can hold consultations via video conference in these situations where face-to-face meetings and travel is hard.