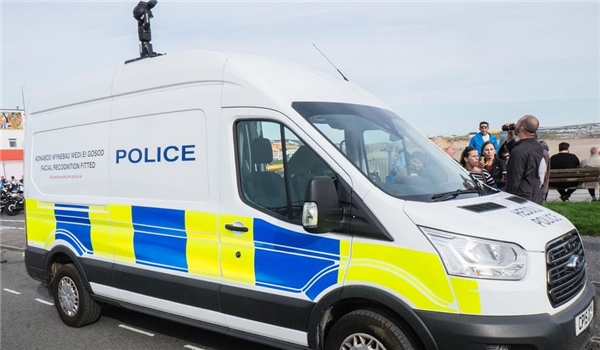 Judges were considering two uses of the controversial technology in Cardiff, but the judgment could have an impact on its growing use in other parts of the UK, according to The Independent.

Campaigners called for "sinister" facial recognition to be banned as a result of the ruling, but national police leaders said it does not prevent it being used.

A watchdog accused the home secretary of being "asleep on watch" after the Court of Appeal found that current policies failed to properly limit how powers can be exercised by the police.

Three senior judges stated that South Wales Police had violated the right to privacy under the European Convention on Human Rights (ECHR), as well as data protection laws and duties to address concerns about racial or sex discrimination.

An order published on Tuesday announced two deployments in December 2017 and March 2018, and others “on an ongoing basis … was not in accordance with the law”.

The legal challenge had been dismissed by High Court judges in September, but the Court of Appeal allowed a challenge by campaigner Ed Bridges on three of five grounds.

Terence Etherton, Master of the Rolls, Dame Victoria Sharp, president of the Queen’s Bench Division, and Lord Justice Singh agreed unanimously that police had been given “too broad a discretion” over the watchlists used to compare scanned faces against.

They noted there had not been an adequate data protection assessment, which is required by the Data Protection Act 2018, and had violated the Public Sector Equality Duty that aims to guard against discrimination.

“There was no evidence before it that there is any reason to think that the particular AFR [automatic facial recognition] technology used in this case did have any bias on racial or gender grounds,” the judgment announced, adding, “However, the whole purpose of the positive duty is to ensure that a public authority does not inadvertently overlook information which it should take into account.”

Judges urged all police forces using the “novel and controversial” in future to do “everything reasonable … to make sure that the software used does not have a racial or gender bias”.

Bridges said his human rights had been violated by the “intrusive surveillance tool”, after he was scanned at a protest and while Christmas shopping in Cardiff.

Two arrests were made in the first deployment and the second identified a person who made a bomb threat at the same event the previous year.

Bridges crowdfunded more than £9,000 for the legal battle, which the High Court said was the “first time that any court in the world had considered” automatic facial recognition.

He added South Wales Police had been using the “sinister” technology indiscriminately against thousands of people without their consent.

The 37-year-old stated he was “delighted” with Tuesday’s ruling, adding, “Facial recognition clearly threatens our rights. This technology is an intrusive and discriminatory mass surveillance tool.”

Bridges was supported by the Liberty human rights group, which called for the technology to be banned in Britain.

“This judgment is a major victory in the fight against discriminatory and oppressive facial recognition,” said Liberty lawyer Megan Goulding, adding, “It is time for the government to recognise the serious dangers of this intrusive technology. Facial recognition is a threat to our freedom – it has no place on our streets.”

South Wales Police announced it would “work with” the judgment but continue to use AFR Locate software, which it said had resulted in 61 arrests so far.

Chief constable Matt Jukes added, “Our policies have already evolved since the trials in 2017 and 2018 were considered by the courts, and we are now in discussions with the Home Office and Surveillance Camera Commissioner about the further adjustments we should make and any other interventions that are required."

South Wales Police was one of only two forces using automatic facial recognition in the UK.

In London, the Metropolitan Police has started using the technology in regular deployments despite concerns about the accuracy and lawfulness of a series of trials.

The national policing lead for facial recognition, South Wales Police’s deputy chief constable Jeremy Vaughan, said there was “nothing in the Court of Appeal judgment that fundamentally undermines the use of facial recognition”.

He added, “The whole aim of facial recognition technology is to keep the public safe and assist us in identifying offenders and protecting communities from individuals who pose a risk.”

The Surveillance Camera Commissioner stated the judgment was not “fatal” to the technology but that clear parameters needed to be set on its use and regulation.

Tony Porter added, “My considered view is that Home Office and the secretary of state [Priti Patel] have been asleep on watch and should reflect upon the comments of the court and now act in the public interest."

“I urge ministers and officials to listen to the independent regulatory voices which they have appointed to consider and advise on these matters not ignore them,” Porter said.

Porter urged the government to ditch plans to “dilute” his role by merging it with fellow watchdog the Biometric Commissioner and commission an independent review of “the legal framework which governs overt state surveillance”.