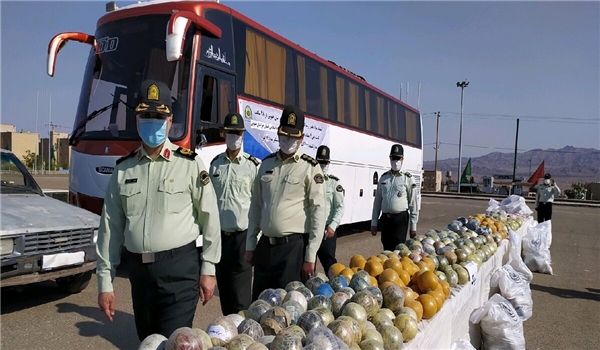 The antinarcotics forces of the province seized 1,294 kg of opium in the past 24 hours, Shoja said.

He added that the police have confiscated 32,000 kilograms of different kinds of illicit drugs across the province in the past 4 months, saying that the figure indicates an 85 percent growth in comparison with the corresponding period last year.

General Shoja went on to say that 44 smuggling-bands have been dismantled in the same period.

In relevant remarks on Sunday, Deputy Commander of Police Law Enforcement Forces Brigadier General Qassem Rezaye said that 400 tons of narcotics have been confiscated by antinarcotics police in the Iran during the first 4 months of the current Iranian calendar year (started March 20, 2020).

Following comprehensive operations, Iran’s antinarcotics and intelligence forces have succeeded to seize 400,000 kilograms of various types of illicit drugs across the country during the past four months, said General Rezayee late on Sunday August 9.

The figure indicates a 45% growth in comparison with the corresponding period in the last year, he added.