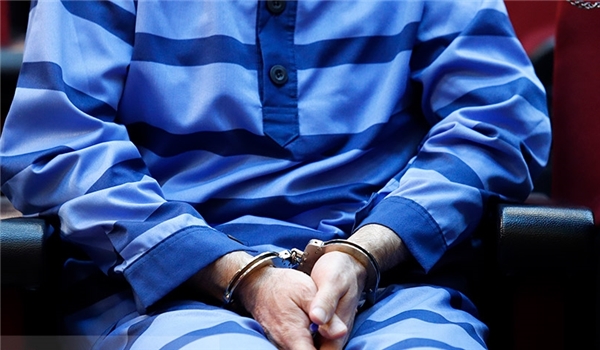 “A number of spies and traitors have been chased and captured by the security forces in recent days,” Esmayeeli told reporters in a press conference in Tehran on Tuesday.

He added that the spies had infiltrated the foreign ministry, the Atomic Energy Organization of Iran (AEOI) and the companies producing parts for the defense ministry, noting that one of the valuable measures adopted in recent days by the security forces was detention of the ringleader of the US-based Tondar (Thunder) terrorist group, Jamshid Sharmahd.

“It is surprising that the countries which claim to be advocates of human rights have turned into a safe haven for the terrorists and they shelter those whose hands are stained with people’s blood and provide them with possibilities and media platforms,” Esmayeeli said.

He added that recently the court has sentenced to 10 years in prison two spies namely Masoud Mosaheb, who operated in disguise as secretary-general of Iran-Austria friendship community and had established ties with foreign spy agencies, and Shahram Shirkhani who was a spy and traded intelligence with Britain in different fields and had attempted to coax the Iranian managers into making anti-Iran moves.

Iran announced on August 1 that it had captured Sharmahd.

Sharmahd, who guided the armed and sabotage acts against Iran from the US, was arrested in complicated operations by the Iranian security forces and is now in the hands of the country’s intelligence ministry, a statement by the ministry said.

Tondar claimed responsiblity for the 2008 Shiraz explosion at the Hosseynieh Seyed al-Shohada in which 14 people, including children, were killed and 215 others were injured.

Mohammad-Reza Ali Zamani and Arash Rahmanipour, accused of being members of the terrorist group, were arrested and tried for the bombing. In January 2010, they were executed for waging war against God and attempting to overthrow the Islamic Republic.

Tondar had also plotted for several other terrorist acts in Iran in recent years, including blowing up Sivand dam in Shiraz, detonating cyanide bombs at Tehran book exhibition and explosion of bombs during general ceremonies at late Imam Khomeini’s shrine. All these terrorist plots were foiled by the Iranian security forces.