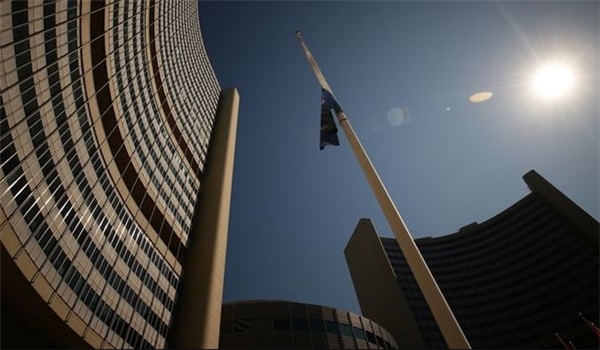 “The worrying point about Saudi Arabia’s nuclear program is that the Agency’s inspectors are not present in the country,” Mousavi told the Persian-language Etemad newspaper on Tuesday.

The spokesman reminded that as a member of the Non-Proliferation Treaty (NPT), Saudi Arabia is entitled to develop a peaceful nuclear program but it should agree with the safeguards and inspections.

He said that Riyadh has refused in the past 20 years to agree with the IAEA’s inspections, and asked the UN nuclear watchdog to use its tools to make the country accountable.

“We do not understand why the Agency is so silent. This situation, specially when compared with the unjustified hurry (in inspections) about Iran’s nuclear program by the Agency, brings to mind a double-standard approach. Formation of such an image about the Agency’s approach towards the safeguards issues is not in the interest of the principles of impartiality, independence and professionalism of the Agency,” Mousavi said.

Iran had also last week called for global sensitivity in the face of Saudi Arabia’s covert nuclear project, insisting that the country should accept the IAEA inspections, specially considering Riyadh’s moves that have endangered regional stability in the last several years.

Iranian Ambassador and Permanent Representative to Vienna-Based International Organization Kazzem Qaribabadi urged IAEA to conduct a transparent probe into Saudi Arabia's very hidden nuclear program and present a report to the members as the country has gained notoriety as the main supporter of terrorist groups in the region.

He made the request following release of information on the country's move to build yellow cake producing factory.

Qaribabadi said that Saudi Arabia has no research reactor to seek production of yellow cake, noting that the issue, along with Riyadh’s non-transparent actions in the nuclear field and the denial of access to IAEA inspectors, as well as its destabilizing activities in the region, raise serious concerns about a secret nuclear weapons program in the country.

Despite the fact that Saudi Arabia is an NPT member, it still refuses to accept the IAEA’s safeguards inspections, and despite repeated requests by the Agency for several years, it has not amended its obligations so as to allow the inspectors in, the envoy reiterated, the envoy further said.

He emphasized that governments and the IAEA must make it clear to Saudi Arabia that the international community will not counter any deviation from a peaceful nuclear program.

If the Saudis seek peaceful use of nuclear energy, they must accept relevant obligations under the IAEA and act in full transparency, Iran's envoy said.

Earlier this month, American intelligence agencies reportedly spotted what appears to be an undeclared nuclear site near Saudi Arabia’s capital city of Riyadh, scrutinizing attempts by the kingdom to process uranium and move toward the development of atomic bombs. 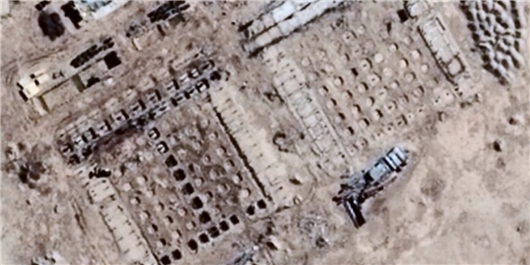 The New York Times reported on Wednesday August 5 that the agencies had in recent weeks circulated a classified analysis about Saudi attempts to build up its ability to produce nuclear fuel that could potentially lead to the development of nuclear weapons.

The study shows “a newly completed structure near a solar-panel production area near Riyadh, the Saudi capital, that some government analysts and outside experts suspect could be one of a number of undeclared nuclear sites,” the report said.

The site is situated in a secluded desert area not too far from the Saudi town of al-Uyaynah, located 30 kilometers Northwest of Riyadh, and its Solar Village.

“The analysis has raised alarms that there might be secret Saudi-Chinese efforts to process raw uranium into a form that could later be enriched into weapons fuel, according to American officials,” the report added.

A day earlier, an article in The Wall Street Journal said that Western officials were concerned about a desert site in Northwestern Saudi Arabia just South of the town of al-Ula.