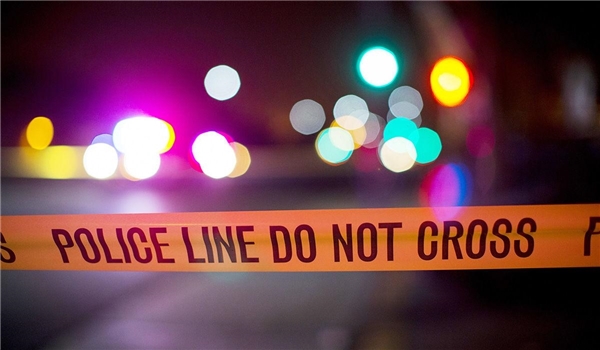 There was a heavy police presence on the streets following reports of people breaking into businesses and setting vehicles on fire, Newsweek reported.

Videos posted on social media show police dealing with the unrest. Among the videos is footage of several people breaking into a bank after smashing windows with baseball bats and another showing crowds of people fleeing after gunshots are heard outside a store.

Several clips also show people walking out of businesses and stores after allegedly stealing goods and items from inside.

The unrest shows no sign of stopping as of the early hours on Monday morning.

It is believed the clashes originally broke out after a suspect was shot by Chicago police in the city's Englewood neighborhood.

Chicago Police confirmed that an officer-involved shooting took place at 2:30 pm on Sunday in the 5700 block of South Racine Avenue. Officers were dispatched to reports of a man with a gun, who then spotted a suspect matching the description.

Police say the suspect then fired at officers as they approached him in an alleyway. The suspect continued to fire as he attempted to flee on foot, hitting one officer.

Officers returned fire, striking the suspect. He was taken to the University of Chicago Medical Center in unknown condition. Three officers involved in the shooting were taken to the hospital for observation.

Police say clashes then broke out between protester and officers and incorrect rumors about the suspect's age began circulating.

"This right here is a direct response to one agitator being on the scene, getting people all worked up without having the full story," CPD Deputy Chief Yolanda Talley told NBC Chicago.

Police confirmed the officers involved in the shooting will be placed on administrative duties for 30 days, per protocol.

Mass protests, rioting and looting previously broke out in Chicago in the wake of the death of Minneapolis man George Floyd, resulting in the arrests of several hundred people.

Speaking at a press conference on June 8, CPD Superintendent David Brown stated he believed that Chicago had "moved past this period of looting and vandalism" following nine days of unrest.

Brown noted at the time that there had been 2,665 arrests for "civil unrest and disorderly conduct", and 788 arrests for looting, reported The Chicago Sun-Times.