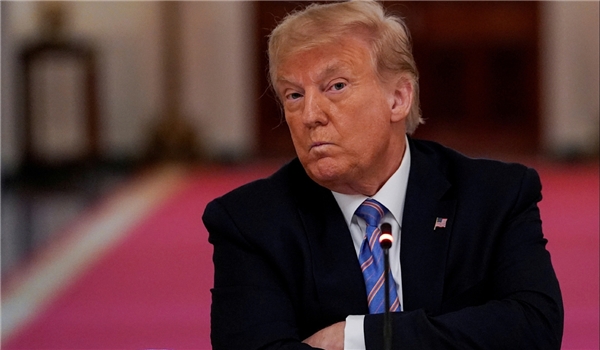 In a Twitter message on Sunday, Soltani referred to the resignation of the US special representative for Iran, Brian Hook, and wrote that the appointment of Elliott Abrams for an impossible mission and putting maximum pressure on Iran shows confusion in Trump’s foreign policy.

The top US envoy for Iran, Brian Hook, is leaving his post and US special representative for Venezuela, Elliott Abrams, will add Iran to his role “following a transition period” with Hook, US Secretary of State Mike Pompeo said on Thursday.

In relevant remarks on Friady, Secretary of Iran's Supreme National Security Council underlined that the Islamic Republic's active resistance against Washington’s maximum pressure has resulted in the departure of US State Department’s special representative for Iran (Brian Hook), and may force his boss, Pompeo, to resign as well.

In a Twitter message, Shamkhani said Hook is leaving the office without any success in carrying out his mission, just like Donald Trump’s former national security advisor John Bolton.

The Trump administration’s maximum pressure strategy was initially aimed at bringing about a “regime change” in Iran, but finally turned into “preventing Iran from becoming rich”, Shamkhani noted.

"After Hook, Mike Pompeo may also be forced to pack and leave before Donald Trump's departure,” he added.

In relevant remarks, Iranian Foreign Ministry Spokesman Seyed Abbas Mousavi tweeted that "no difference between John Bolton, Brian Hook or Elliott Abrams; when it comes to the US #Iran policy, American officials have been bitten off more than they could chew. Same applies to Mike Pompeo, Donald Trump AND their successors".

Alireza Miryousefi, spokesman for Iran’s mission to the United Nations in New York, also played down Hook’s departure, saying it “does not concern us and is not something we consider as a game-changer".

“The so-called ‘maximum pressure’ campaign waged by the US government has failed,” he added.

Miryousefi reiterated that Iran is not on its knees, and will not do so regardless of who is in charge of implementing this bankrupt policy due to active resistance.

In his Thursday comments, Pompeo did not give a reason for the change, but wrote in a tweet that Hook was moving on to the private sector. He described him as a “trusted adviser and a good friend”, claiming he had achieved “historic results” in countering Tehran and securing the release of US prisoners in Iran.

Hook, 52, was appointed to the top Iran role at the State Department in late 2018 and has been the point man in Washington’s so-called “maximum pressure” campaign on Tehran after Trump pulled out of the 2015 nuclear deal between Iran and the world powers.

Hook’s surprise departure comes at a time when Washington has been intensely, but in vain, lobbying at the United Nations to extend an arms embargo on Iran, which is to expire in October as per the UN Security Council Resolution 2231.

The Security Council prepares to hold a vote on the US resolution next week.