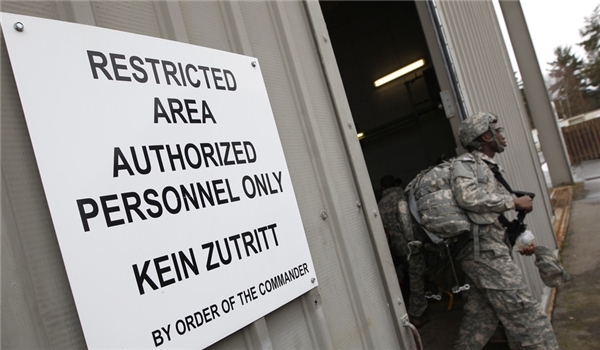 The Pentagon chief said in an interview with Fox News that military personnel leaving Germany would be put to better use once they are stationed along Russia’s border.

“We are moving many troops further East, closer to Russia’s border, to deter them,” he noted, adding that moving troops eastward is only logical because “the border has shifted as the alliance has grown”.

He also accused Germany of not paying its “fair share” for defense, noting that the NATO ally was still the largest “recipient” of US troops.

“It is collective security, it is about our collective responsibility to stand up to the Russians,” Esper argued.

The Pentagon is planning to withdraw a third of its forces stationed in Germany. The troops will be redeployed across other NATO countries, including Poland. Romania and the Baltic states could also receive a boost in US forces, Esper announced.

The defense secretary has been vocal about his belief that NATO members should be coughing up more cash in order to “deter” Russia. He even suffered an unfortunate gaffe in one of his recent sales pitches, after stating in a speech that sharing the alliance’s financial burden would help “avoid peace in Europe”.