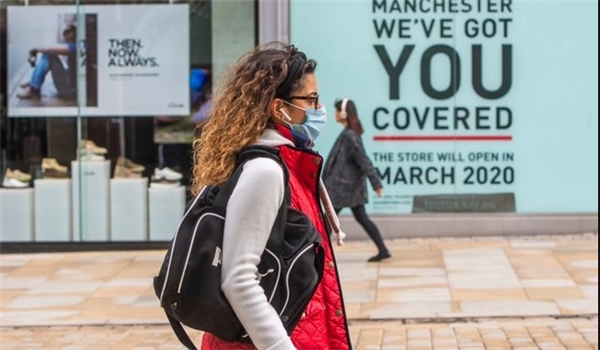 David King urged the prime minister to "get it right" in August ahead of schools reopening – or face a second wave of coronavirus infections that would paralyse the economy and risk thousands more deaths, according to Daily Mail.

There were 758 new coronavirus infections on Saturday, down 13 cases from last Saturday and the locked-down North West has seen no hospital deaths in the past 24 hours.

But as Britons flocked from beaches to bars on a scorching weekend, concerns were raised that the country is ill prepared to prevent another wave.

"We need a proper test and trace system by September. Otherwise full school opening will put us right back," David told the Sunday Mirror.

"The Government has a month to deal with the level of infectivity as it stands now. Reopening schools should be a priority, but we believe we are nowhere near the point where it can be done safely," he said.

He added that schools were "nowhere near" having a safe reopening, and could cause a rise in the reproduction rate of about 0.5.

Latest government figures showed the national 'R' rate was between 0.8 and 1 - just below the point at which the virus starts to spread again.

He expects the government to continue backing lockdowns, but believes there could come a point when it could have to be applied nationally once again.

David also hit out at the current privately-run test and trace system, which was basically "one telephone call and no follow-up".

Instead the contract saying it should taken off service provider Serco's hands and given to councils.

"The Serco contract is up for renewal this month. They've had roughly £100million so far. They'll get £300 million if it's extended. This is not working," he said.

He added that councils and public health bodies would be more able to manage regional outbreaks if they became worse, rather than firms "with no healthcare expertise".

Tighter lockdown restrictions and social distancing measures in the US, Hong Kong, the Philippines and other countries are being reimposed.

The Academy of Medical Sciences has estimated up to 120,000 people here could die of Covid-19 this winter.