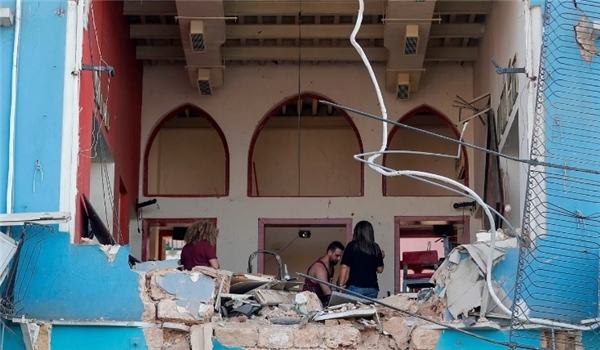 "The judiciary should be swift to confirm who is a criminal and who is innocent [with regard to the blast]," Aoun announced in a statement released by his office and shared on Twitter.

It was not the first time that the head of state refused meddling by foreign parties for launching an international probe. On Friday, the Lebanese president had rejected similar calls.

Aoun had noted an investigation into the Beirut port explosion was looking at whether it was the result of external interference, in addition to simple negligence or an accident.

After the explosion rocked the capital city of Beirut on Tuesday, the Lebanese government decided to put all officials who oversaw storage and security there since 2014 under house arrest, until investigations are complete.

As part of the investigations into the deadly blast, a judge in Beirut ordered the arrest of the director of Lebanese customs and the general manager of the city's port. Earlier, Lebanese authorities had taken into custody 16 individuals as part of an investigation into the Beirut port.

Lebanese Prime Minister Hassan Diab has called for early elections, stating that they are the only way out of the deep political crisis.

Terrifying footage showed a huge mushroom cloud of fire and smoke covering much of Beirut’s port area, blowing out windows and destroying buildings in the neighborhood, as a warehouse at the Beirut docks caught fire on Tuesday afternoon. Photos on social media showed many buildings in the area damaged or destroyed, leaving residents covered in glass and blood.

Lebanon's Ministry of Health announced that 158 people have been killed in the blast at Beirut's port on Tuesday, while at least 6,000 others have been injured. The explosion left 300,000 homeless, as vast part of the city has been fallen into ruin. Red Cross volunteers at the scene of the explosion declared they expect the death toll to rise.