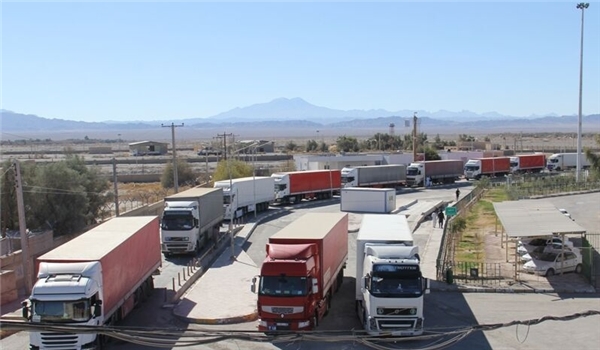 Sa'adat pointed to the latest situation of admitting Iranian trucks along the Turkish border and impact of the coronavirus outbreak on trade volume exchanges between the two countries of Iran and Turkey, and said, "We try to compensate a four-month export gap with Turkey."

"We are presently facing the long queue of trucks at borders," he emphasized.

Turkey refrains from accepting more Iranian trucks due to the outbreak of COVID-19, he said, adding, "Talks are underway with Turkish officials to increase the number of Iranian export and transit trucks for entering Turkey."

"This is while Turkey has been named as Iran's fifth export target market in the first four months of current year (from March 20-July 21) as Iran exported 43,000 tons of products, valued at $405 million, to neighboring Turkey," he stressed.

According to IRICA, five percent of Iran's total non-oil commodities were exported to Turkey in this period.

In relevant remarks in April, Iranian President Hassan Rouhani and his Turkish counterpart in a phone conversation underlined that the trade relations between the two countries should continue similar to the past amid the anti-coronavirus battle.

During the phone conversation on April 22, President Rouhani stressed the need for strengthening mutual, regional and international cooperation, saying that efforts should be made to ensure that trade between the two countries continues in full compliance with health protocols.