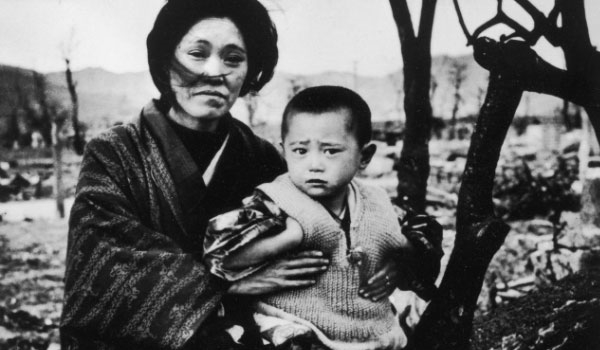 But memorial events were scaled back this year because of the pandemic. The world also almost forgot about the US atrocities in Japan because of the ongoing humanitarian disaster, akin to a nuclear bombing in Beirut, Lebanon.

On 6 August 1945, however, a US bomber dropped the atomic bomb above the city, killing around 140,000 people. Three days later a second nuclear weapon was dropped on Nagasaki. Two weeks later Japan surrendered, ending World War Two.

The two cities had not already been firebombed and largely obliterated by American air power. US officials used the first atomic bombs to create maximum terror and destruction. They also wanted to measure their new weapon’s power and so selected Hiroshima and Nagasaki.

After all these years, the United States seems farther than ever from a rejection of the idea that launching the atomic warfare on Japanese civilian populations was “an act of mercy.” The US further refuses to apologize for the nuclear obliteration of the two cities. After all, the US possesses tens of thousands of “Little Boys” and “Fat Mans” and might decide to drop them somewhere – again as an act of mercy!

It turns out, the US hasn’t come even one step closer to a moral reckoning with its status as the world's only country to use atomic weapons to slaughter human beings. Moreover, the US hasn’t come to grips with the “black rain” that spread radiation and killed even more people, leading in the end to a death toll estimated at more than 250,000. Lest we forget President Truman’s radio address after the attacks: “Never, never waste a minute on regret. It’s a waste of time…”

As long as this is still the official mindset in Washington, a world without weapons of mass destruction will remain elusive. The US refuses to fulfill its Article VI obligations to begin good faith negotiations to eliminate its nuclear arsenals. What’s more, the US refuses to co-convene the promised Middle East Nuclear Weapons and WMD-Free Zone Conference.

And the US isn’t just whistling Dixie. The country calls on Russia, China and North Korea to disarm their nuclear arms, while it continues to modernize its own nuclear arsenal - while giving a hand to Israel’s efforts to build even more undeclared nukes.

The Tuesday blast in Lebanon that killed and wounded thousands was the result of a non-sensitive chemical material but with explosive power, yet it should be a reminder that this planet is still loaded with world-ending arsenals that are constantly being expanded, updated, and modernized. As long as these inhuman arsenals exist, the risk of their use by miscalculation or madness, technical or human error remains real.

During the Second World War, the US managed to ignore how its leaders ushered the world into the nuclear age by annihilating not one but two cities, killing hundreds of thousands of defenseless civilians.

Today, the Beirut blast showed the world shouldn’t ignore how the modern versions of inhuman nuclear arsenals could easily plunge the planet into nuclear winter and eradicate humanity for good. With so many people dead and wounded in the Lebanese capital all because of explosive ammonium nitrate, a fertiliser for agriculture, even the warmongers and Pentagon generals in Washington will now take note.